A race to the top; a timeline of Sophie Cunningham's career at Missouri 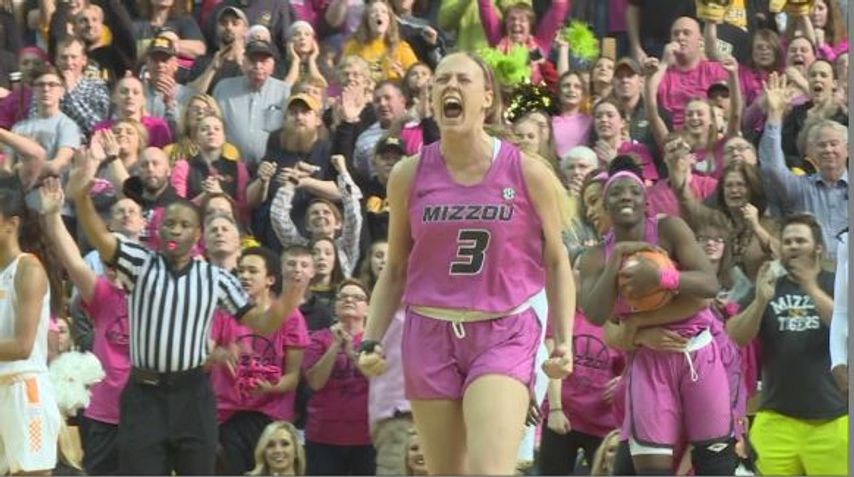 COLUMBIA - Sophie Cunningham has played countless games on the hardwood at Mizzou Arena during her four years starring for the Tigers — the timeline at the bottom of this story illustrates some of them — and even going back to state championship games in high school, when she and fellow senior Cierra Porter teamed up to win four consecutive state titles at Rock Bridge High School.

While she doesn’t remember the first game she ever played at Mizzou Arena, Cunningham will surely remember her last.

“It’s going to be weird leaving here … Tomorrow will be my last time being here,” Cunningham said. “I don’t know, I don’t want to talk about it.”

Missouri plays Alabama at 2 p.m. Sunday and will honor Cunningham, Porter and Lauren Aldridge, three players crucial to the Tigers’ success in Southeastern Conference play over the previous four years.

The Tigers’ win over Arkansas on Thursday was their 20th of the season, the fourth straight season with at least 20 victories. That feat was last accomplished in the 1983-1987 seasons.

“I asked the girls the other night on the bus. I said, ‘Hey, were any of you guys born then?’ and they all giggled and said ‘No,’” coach Robin Pingeton said.

Pingeton said Cunningham and Porter have been integral to the accomplishment and listed it as one reason the two players will be remembered by Missouri fans for a long time. But Pingeton remarked there would be more time to reflect after the season ends and that right now the team is focused on the next game.

Similarly, when Cunningham was asked questions about her legacy, she was quick to say she hadn’t thought about it. Instead, she took the time to thank the Columbia community for how they have welcomed her and her family, whom she described as “big, loud, crazy people.”

It’s been a rough season for the Crimson Tide (13-15, 5-10 SEC), the Tigers’ upcoming opponents, but Pingeton complimented the team’s athleticism and physicality. One matchup to keep an eye on is Porter and Alabama sophomore Jasmine Walker. Walker is a 6-foot-3 forward who leads the Tide in rebounds per game and averages 12.7 points per game.

Porter was essential to Missouri’s victory Thursday, with 21 points, nine rebounds and four assists. Thirteen of those points and two assists came in a fourth quarter in which the Tigers outscored Arkansas by 10 points. Porter said to continue her high level of play she needs to keep an aggressive mentality.

Missouri’s stellar defense should be able to take advantage of Alabama’s weak offense. The Crimson Tide have the third-worst shooting percentage in the SEC and rank ninth in 3-point percentage. Alabama is highly prone to careless play, as they lead the SEC in turnovers per game. The Tigers are not known for racking up steals, but Sunday presents a strong opportunity to attain easy points off of turnovers.

With a win against Alabama, the Tigers will have momentum heading into the SEC Tournament, where they won a game for the first time last season. Aldridge said she believes the team has the necessary pieces to make a run in the SEC Tournament, even with the loss of freshman Akira Levy.