A Spotless Start for Tiger Volleyball 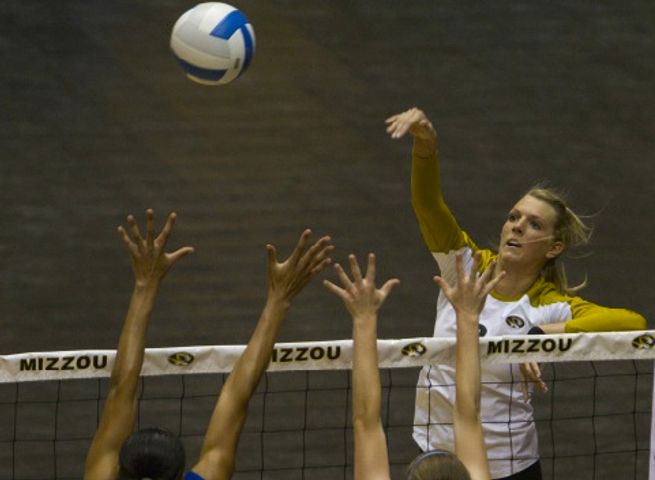 COLUMBIA - The Missouri volleyball is off to its best start since 1982. The Tigers were already sitting at 15-0 when they began SEC play Friday night against South Carolina.

During the first set with Mizzou ahead 24-16, Lindsey Craft served. Molly Kreklow set Lisa Henning for the kill, and she delivered. Senior setter Molly Kreklow pulled 35 assists on 45 kills, as well as racking up 11 digs. After the Gamecocks tied it up and nearly pulled forward, Mizzou won the first set 25-16.

During the final set at match point, 24-18, Kellie McNeil served. Regan Peltier approached with a drop shot and South Carolina couldn't save it. Lisa Henning, Carly Kan, and Emily Wilson all hit .583 or better to give the Tigers an incredible offensive edge. Mizzou took the match in three straight sets.

The lady Tigers improve to 16-0, but perhaps face a tougher road next week. The Missouri team will travel to Arkansas to face the Razorbacks Wednesday night, before returning home next Friday to host a potentially powerful Auburn team.