A vote to move "Confederate Rock" to Centralia happens Thursday 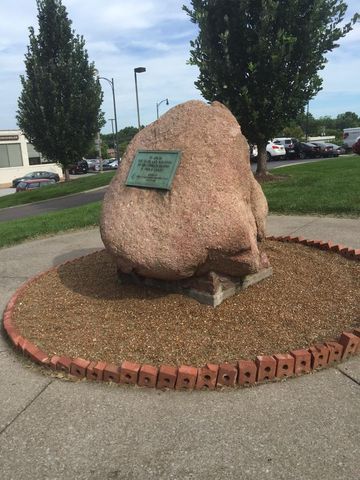 COLUMBIA - Commissioners heard testimony in the Boone County Government Building's chambers Tuesday on whether "Confederate Rock" should be moved from the Boone County Courthouse to a Centralia Battlefield.

Friends of Centralia Battlefield President Jack Chance volunteered the rock be moved to the historic site. He spoke at the public meeting and said he'd be willing to have the battlefield as the rock's new home, if it can't stay where it is. Scott Orr, who helped move the rock from MU's campus to its current location around 40 years ago. He said he fullheartedly endorsed the rock's removal from the government site.

A vote will happen Thursday as to whether the rock will be moved to Centralia.

A petition started by Tommy Thomas III sparked the conversation to move "Confederate Rock." He said he thinks it's a start to remove it from the courthouse, but it's not the end of the issue at hand.

"I don't think it fixes the problem because the problem is how people's attitudes are towards other people," Thomas said. "There's a long history of oppression, racism, slavery in Missouri, in Boone county."