A Way to Celebrate History and Get Exercise 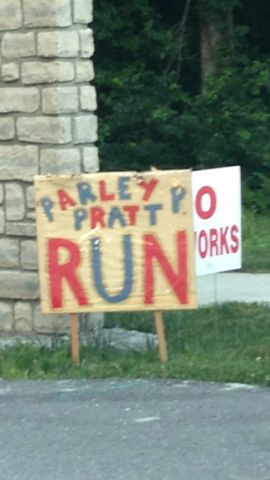 The run is more then just another event because it has great history behind it.

Parley P. Pratt was a Mormon leader for 22 years at the Church of Jesus Christ of Latter Day Saints. He was imprisoned because of conflicts between Mormons and non-Mormons. Pratt then escaped from prison on July 4 1839 because he felt he would never get a fair trial.

The run kicks off in the morning and then ends with a pancake breakfast. It is all free of charge and sponsored by the church. They will also tell the story of Pratt before the race.

One of the participants in the race is a retired MU professor who is 92 years old. He is one of Pratt's great-great grandsons. He has been running/walking four miles a day to prepare for the race.

The event coordinator Newel Kitchen said people are invited to the event to use Pratt's escape as a way to celebrate freedom in this country especially religious liberties. He said it is mostly about coming together as a community and celebrating.

"This is a way to kind of you know stand up and do something proactive, walk or run for your belief in those freedoms so it kind of unifies the community," Kitchen said.

He hopes people will understand liberties are worth coming together for.

You can run or walk a one or four-mile track on the MKT trail to participate.