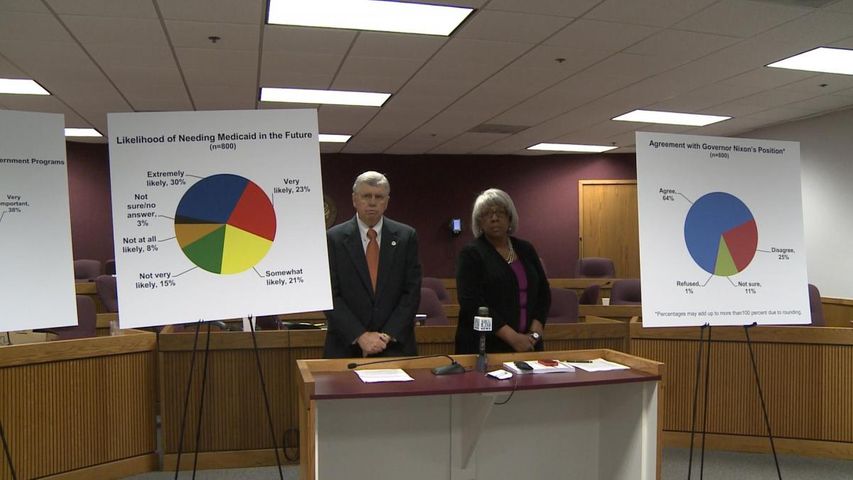 JEFFERSON CITY - The AARP held a conference Wednesday to share results collected in a survey focused on Medicaid support. AARP commissioned for RDD field services to conduct a survey with 800 Missouri respondents over the age of 45. Participants were chosen at random and given a telephone survey March 13 through March 16.

AARP revealed 72 percent of those who participated in the survey said Medicaid is extremely or very important compared to other government programs. Also, 64 percent agree with Governor Nixon's support of accepting federal funds to expand Medicaid.

Norma Collins with AARP Office of Missouri said the organization plans to share results with Missouri lawmakers in hopes they will take them into account when discussing Medicaid expansion. "We need to show lawmakers they are behind the curve, and this is what the people want." Collins said.