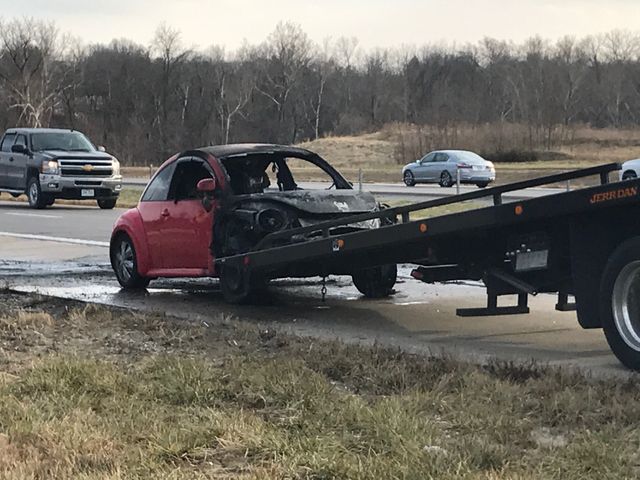 Traffic was at a stand still for about half an hour. Cars were backed up for more than three miles. Responders reopened both lanes after 45 minutes.

Thick, black smoke and the smell of burning plastic hung in the air well after the flames were doused.

According to Highway Patrol, the car had been tagged for removal. Officials are reviewing how long it had been on the side of the road.

The fire appeared to have started in the engine and engulfed the front half of the car. The cause of the fire is under investigation.