Absentee voters cast their ballots in Boone County before primary 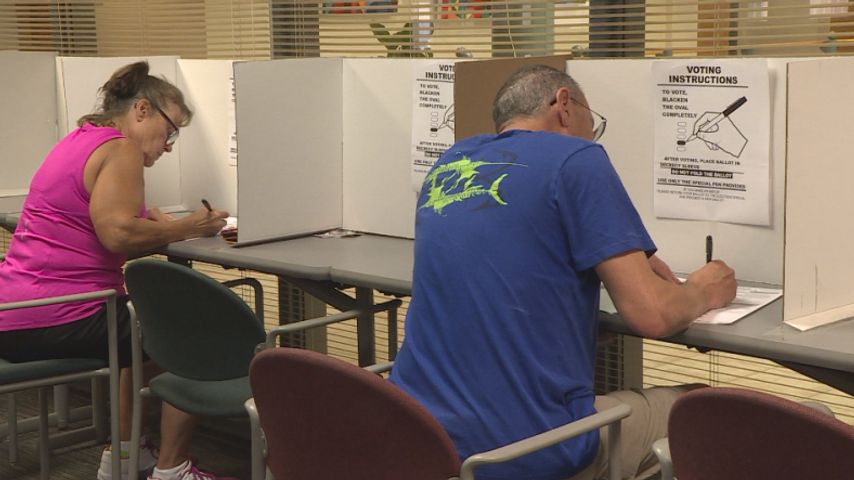 COLUMBIA – Registered voters who will not be in town for the August 7 primary cast their ballots via absentee on Saturday.

Boone County Clerk Taylor Burks said "we have seen quite a few folks coming in to cast their ballots via absentee."

He said Missouri law requires county clerks in the state to offer voters the chance to vote via absentee on the Saturday before election day.

"Folks can be working, have other issues during the workweek," Burks said. "This is a chance on the weekend when folks may have more time to come in and cast their ballot, if they're not going to be in Boone County or able to vote on election day."

Columbia residents Maribeth and Scott Litofskw voted via absentee on Saturday. They had not been able to come to the clerk's office before because of their work.

"Oh my gosh, it was amazingly easy, which we were really grateful for," Maribeth Litofskw said. "We know that there are some times and some places where it isn't quite as easy to be able to vote, and so we feel really fortunate that this was a very simply process, we appreciated that, and with very nice, accommodating people."

Absentee voters turn in their marked ballot in a sealed envelope to the county clerk's office. Officials do not open those envelopes until election night during the voting count.

Monday will be the last day people will be able to vote absentee.