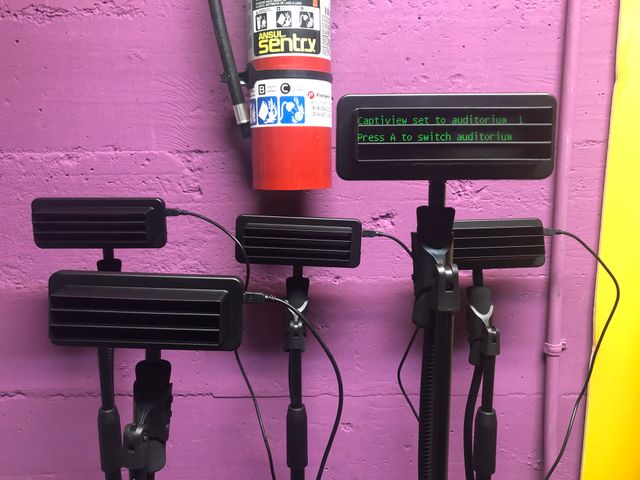 COLUMBIA – Ragtag Cinema will give moviegoers a more amplified way to see and hear films.

Ragtag Cinema will host an open house Tuesday for people to try devices for the hearing and visually-impaired. Under the Americans with Disability Act, all movie theaters are required to have devices for those with disabilities. Although it’s law, Ragtag Cinema Director Barbie Banks says the decision to have more was a choice.

Currently, Ragtag has 5 closed captioning devices, which act as personal closed captioning for movie watchers. The theater also has 10 descriptive audio devices that amplify audio and describe context of what is happening on the screen.

Banks said people who have had early previews of the devices feel more comfortable to enjoy the movie-going experience.

“One of our members described it as, 'it answers the questions of what I would ask a friend when I come to see a movie,'” she said.

Ragtag is a nonprofit theater, so acquiring funds to get more of these devices can get expensive. Banks said the theater spent around $8,000 for the devices, but would like to get more.

“Because there’s a large deaf community in Columbia and Missouri, it’s even more reason to make sure we have more,” she said.

Banks said Ragtag has reached out to The Fulton School of the Deaf for funding, but hasn’t heard back.

The City of Columbia Disabilities Commission will be at the open house Tuesday for more information on what it is doing for Columbia’s disabled community. The event is free and open to the public regardless of ability, and will start at 5:30 PM.