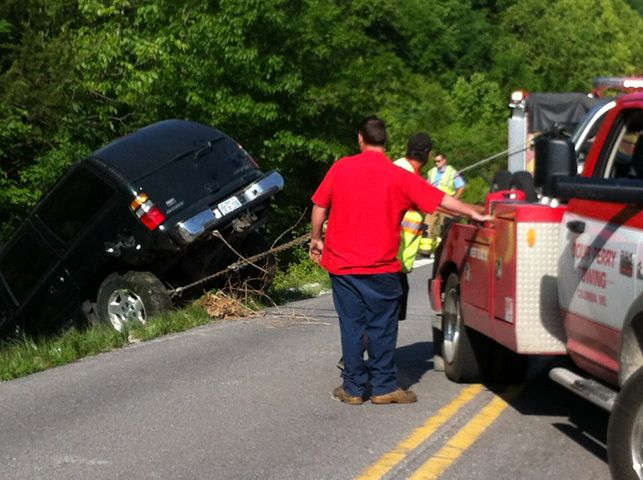 COLUMBIA - A car ended up in a ditch this morning around 8:20 Monday on I-70 Drive Southwest near Knipp Street.  Officers at the scene told KOMU the male driver drove off the road when he tried to miss hitting an animal.  Officers blocked off both lanes of I-70 Drive just past La Quinta Inn while crews work to get the car out of the ditch.

No injuries have been reported. The vehicle is a Chevy Tahoe.