Accident Near Sturgeon Kills One 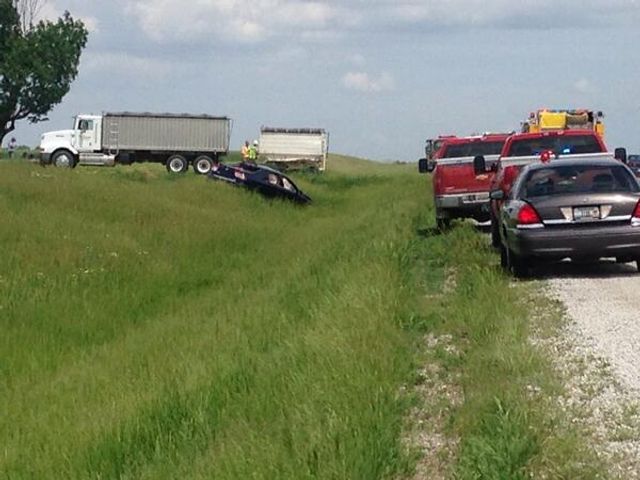 BOONE COUNTY - One person is dead and one person injured after a head-on collision near Sturgeon Tuesday.

At 1:34 p.m. the Boone County Fire Protection District was dispatched for a call of a head-on collision. Three vehicles were involved, two of which were wrecked.

Boone County Fire Battalion Chief Gale Blomenkamp said a tractor trailer was turning off eastbound Highway 22. A minivan attempted to pass when it clipped the corner of the trailer. The van was sent into the westbound lane of 22 and hit a sedan head-on.

The driver of the Sedan had minor injuries and refused treatment.

Blomenkamp said the driver of the tractor trailer is fine but shaken up.