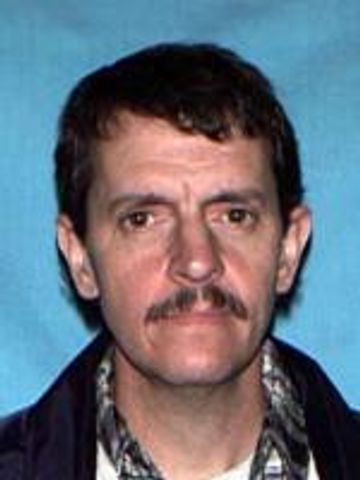 COLUMBIA -The man accused of killing the woman he held captive for four months has a long record of criminal activity. As outlined in United States District Court documents, James B. Horn, Jr. has a record dating to 1992.

Police suspect Horn Jr. killed Sandra Kay Sutton and her 17-year-old son, Zachary Wade Sutton. Their bodies were found Thursday morning, less than a month after Sutton said she escaped from Horn, Jr. from a home in Sedalia, where he kept her in a box.

What follows is a background on Horn Jr.'s criminal record.

Horn admitted himself to Orchard Creek Hospital in 1991, after confessing that he had attacked his estranged wife. Horn, Jr. reportedly said "he bound his wife with electrical tape and put a sheet over her and raped her repeatedly," according to court records.

Horn Jr.'s legally recorded criminal record began 1992, when he committed a sex-related crime in Tennessee against his then-girlfriend. He was released in 1995 after serving three years for rape and aggravated kidnapping.

A year later, in 1996, Horn Jr. was charged with the kidnap and rape of his pregnant and estranged second wife. Horn Jr. followed her to her Mississippi home after she moved away from their residence in Tennessee. He broke in to the woman's home, abused her and then kidnapped her across state lines to Missouri. The FBI captured Horn Jr., who was with the victim, at a Springfield hotel. He was sentenced to 12 years in prison and 5 years supervision.

Horn, Jr.'s sentence was reduced for good behavior in 2007, but he was held in prison an additional four years while awaiting an evidentiary hearing that could have had him civically committed as a dangerous person given his criminal history. The hearing was based on the "Adam Walsh" law, which defines a person as "sexually dangerous to others" if he "suffers from a serious mental illness, abnormality, or disorder as a result of which he would have serious difficulty in refraining from sexually violent conduct if released."

Horn Jr., along with three mental health professionals, testified at that hearing. Two of the prosecution's doctors found Horn to suffer from sexual sadism and a variety of behavioral disorders, however he was not deemed dangerous and was given a supervised release from prison.

The ruling, by Senior U.S. District Judge W. Earl Britt, said Horn Jr. was healthy for release because his crimes revolved around break-ups and he displayed controlled and appropriate behavior while under incarceration.

Following the hearing, Horn Jr. was released in 2011 and registered as a sex offender.