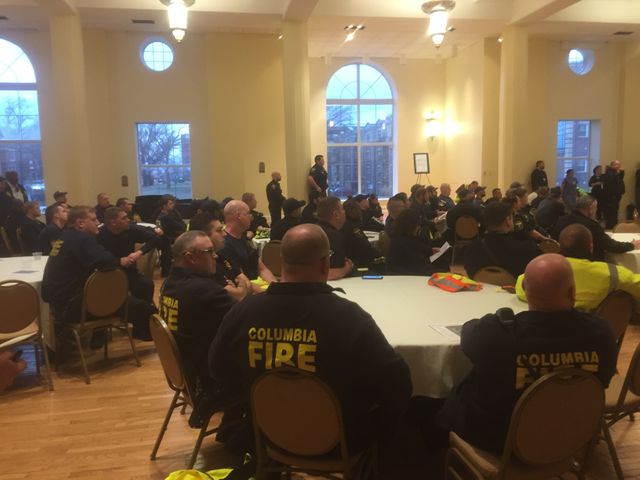 COLUMBIA - Law enforcement in Columbia got an active look into what it is like to respond to a mass shooting Wednesday night.

"It's going to be to the extent as if it was a real life incident," she said.

Most of the event took place inside and around the Pillsbury Science Center and Windsor Auditorium buildings on the Stephens College campus.

"It's not often that we get the opportunity to train together as all these public service agencies, so we are really grateful to Stephens College for giving us this opportunity," Larimer said.

Students on campus, and people around the area, were told to expect to see a number of emergency services operating as if the exercise was a real time incident.

Law enforcement officers, including the police department's SWAT team and Crisis Negotiation Team, as well as fire and emergency medical technicians and vehicles will be on-site

Larimer said the exercise has been planned since November.

She said she thinks everyone involved is prepared, but all law enforcement and agencies would be critiqued after the event is over.

Rebecca Kline, the director of communications at Stephens College, said the exercise is benefiting the campus as a whole.

"Our safety team is getting to learn how they could work together with first responders on the scene," she said.

Theatre majors at Stephens College will be acting as victims of the shooting during the exercise.

East Walnut Street was temporarily closed between College Avenue and Ripley Street during the exercise, which runs from 5:00-10:00 p.m.