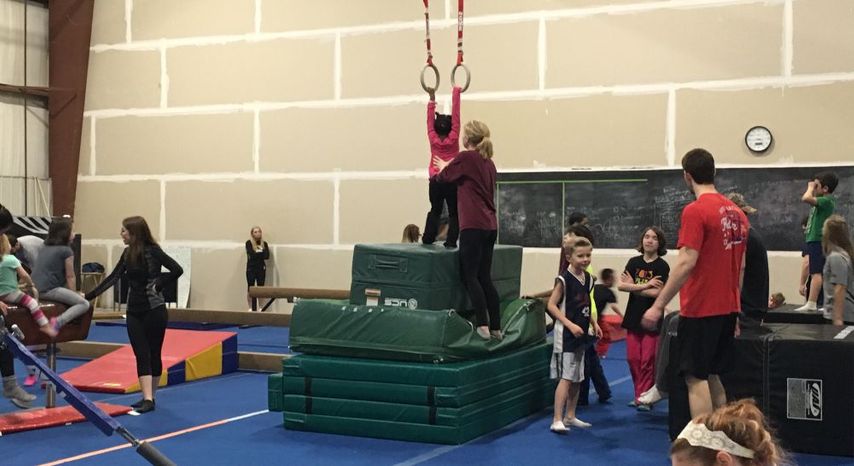 COLUMBIA - A local adapted gymnastics program is helping children look past their disability and do things they otherwise might not get the opportunity to do.

“Adapted gymnastics is just a chance for kids to run around and be kids. Kids can do modified gymnastics and gross motor activities and just be kids in a safe environment,” Co-Director Jeff Krug said.

Lisa Thomas said the program has helped her daughter tremendously. Her daughter Maria, who she adopted, has cerebral palsy and is both blind and nonverbal.

“When we first got her she was this wadded up ball of fury she sat in her wheelchair with her head practically touching her knees. Now she sits up straight and talks, holds her face up, she smiles, responds to people’s voices. I’ve cried so many times and as a mother, or any parent, it’s something you can’t put into words,” Thomas said.

Like Maria, Adam Martin also has cerebral palsy. His father, Jeff Martin, said it means a lot to see his son get so much enjoyment out of the program.

“It’s really meaningful, because it gives Adam an outlet to do something that he wouldn’t ordinarily get to do. The coaches do such a good job with him and working with him and I really appreciate that,” Martin said.

Krug said most of the coaches are students at the University of Missouri who volunteer their time to work one on one with the children. He said the students also benefit from the program.

“These children are teaching them. We get a lot of coaches that come that haven’t really been around children, so they’re nervous in the beginning, but by the end of the semester they are running around having a ball,” Krug said.

Krug said a semester worth of session, which equals about 10 to 11 sessions, costs 20 dollars. He said that money goes to Tiger Academy Gymnastics for the use of their facility and equipment. Sessions typically occur every Sunday and last one hour.

More information about sessions can be found on their Facebook page.