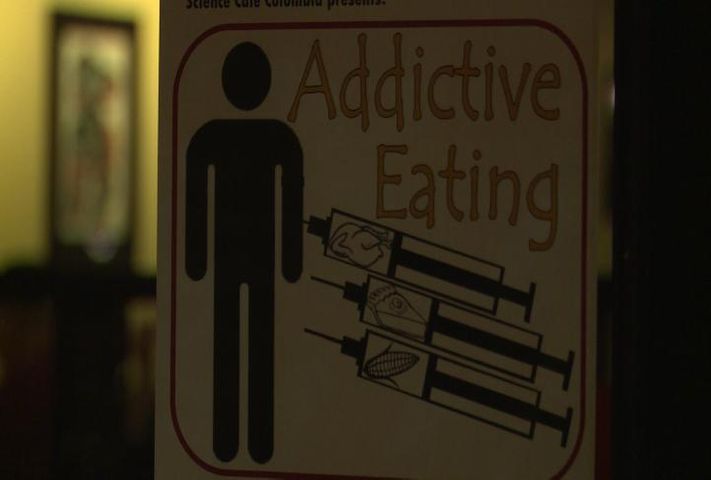 Matthew Will, Associate Professor of psychological sciences at the University of Missouri, discussed how eating calorie-rich foods releases brain chemicals similar to those driving drug addiction.

"We can all agree on quite a bit of foods that taste good," Will said. "So these foods that are generally more palatable have an effect on the brain than other foods that are more nutritious."

Will said fatty foods or foods high in sugar release endorphins in your brain similar to what happens after a long workout or a roller coaster ride.

"The short term benefit, yeah, it tastes great, it's rewarding, I get an endorphin rush," Will said. "But the long term benefit is you gain weight, you feel crumby because you might go through a withdrawal, or you might have cravings later."

"One of my favorite holidays is coming up in a couple weeks, Thanksgiving," Fenton said. "We thought why don't we bring food-related science to the public in a month when everyone's thinking about food?"

Different discussions intended to bring together scientists and the public take place at Broadway Brewery every second Monday of the month at 6:00 p.m.