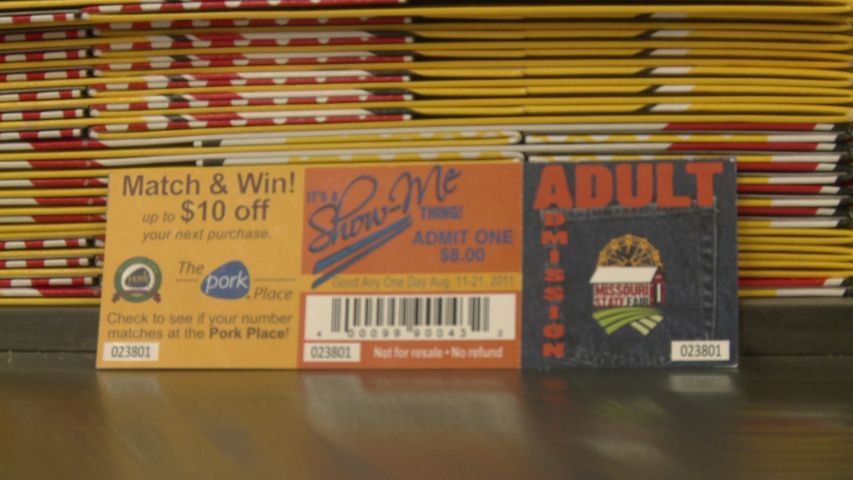 The tickets are available at Break Time stores, Orscheln Farm and Home and Casey's General Store locations across the state. People can also purchase the tickets at the State Fair box office in Sedalia from noon to 6 p.m. every Monday through Friday.

Fairgoers can save another four dollars by donating canned food. At the ticket selling locations, people can get a one dollar coupon for every can of food they donate.

Despite the incentives, few people Thursday had noticed the tickets were on sale.

Sedalia resident Dallas Duncan didn't know about them until KOMU 8 News told him. Duncan has attended the fair for 11 years, and he said his family wouldn't miss this one.

"My wife, she always goes. My sister-in-law is gonna be here from Minnesota. We will go. And my grandkids would come up," Duncan said.

Melisa Howard, who works at the Casey's General Store on West 16th Street, said no one asked about a ticket on the first day of sales.

For more information, go to the  Missouri State Fair website.