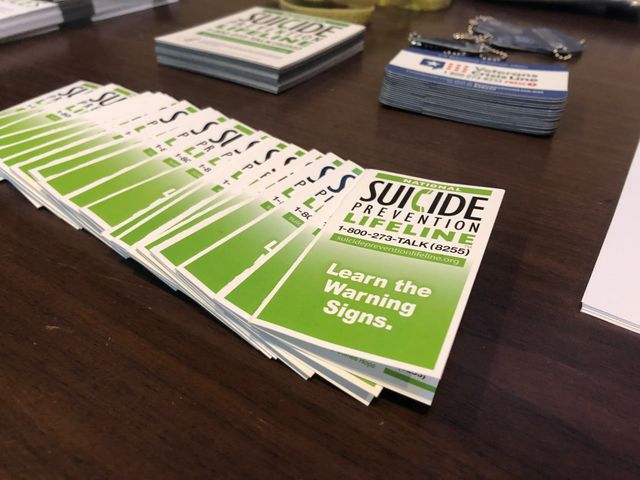 Through Conversations on Access to Lethal Means (CALM Training), they said they hope to teach attendees how to talk about suicide, limit access to lethal means, and dispel some of the myths surrounding suicide.

The Safer Homes Collaborative is a project under the Missouri Institute of Mental Health. It's modeled after similar projects in Colorado and New Hampshire. Its goal is to bring together people and organizations with a broad range of views on gun ownership who share a commitment to prevent gun violence and suicide.

The first initiative is to collaborate with gun shops and shooting ranges in a joint suicide prevention effort.

"We're trying to bring this training through them, through their customer base, because it's not anti-second amendment by any means. It's about helping someone that's in distress," Dudenhoffer said.

CALM Training covers how to identify those at risk, ask about their access to lethal methods, and work with them to reduce access.

Dudenhoffer said it also tries to clear up the misconceptions about suicide.

"I think it dispels some of the myths of suicide and some of the stigmatism with it. It really crushes that and empowers you to be able to reach out to somebody confidently and give them the help that they need," Dudenhoffer said.

58 percent of Missouri suicides in 2015 involved firearms, making them the primary means of suicide among adults, according to the Missouri Institute of Mental Health.

Debbi Byrd took the class, and said she is encouraged that gun shops are taking this step.

"I think it's an incredibly responsible thing that gun shops are offering this to potential or already gun owners," Byrd said.

Dudenhoffer said for a lot of gun enthusiasts, this is a personal issue.

"Very many of us know someone or have an acquaintance with somebody that has been affected by suicide, so they're very much in the know," Dudenhoffer said.

More information about upcoming classes can be found at the Missouri Institute of Mental Health's website.