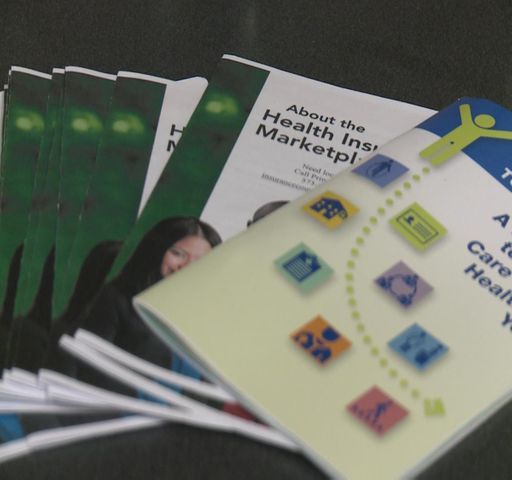 COLUMBIA - A new Supreme Court case could decide the fate of about three-quarters of states throughout the U.S., including Missouri.

The Supreme Court will discuss the King v. Burwell case this week. It will focus on the Affordable Care Act's health insurance subsidies.

If the court sides with King, the federal government could no longer subsidize health care in states that didn't set up their own health care marketplaces. This would be because federally managed exchanges aren't recognized by the president's law, meaning only state exchanges can hand out health care.

Robin Corderman, a consumer program assistant manager at Primaris Healthcare, said the most recent numbers show about 253,800 Missourians enrolled in the Affordable Care Act. About 85%, or 215,000, of these residents were eligible for subsidies under the act this year.

Households with the subsidies under the act benefit from it in a big way.

"The way they're benefiting most of the time is that when you're extended a tax credit, you are alllowed and welcomed to use it to defray the cost of your monthly premium. So let's say your monthly premium is $500 and you have a $175 tax credit, you can apply, have that applied, immediately so that your share is reduced every month," Corderman said.

If the ruling turns out to be against the government (Burwell), there could be a great impact on Missourians.

"The effect that would come down the road is there would be no financial assistance for the monthly premium portion of the Affordable Care Act plans. So that every family would be responsible for the full premium," Corderman said.

She said any subsidy changes that would happen in Missouri wouldn't happen this year.

Although the case is up for discussion this week, the decision won't be released until summer.