Affordable Homes for Families in Poverty Hard to Find in Columbia 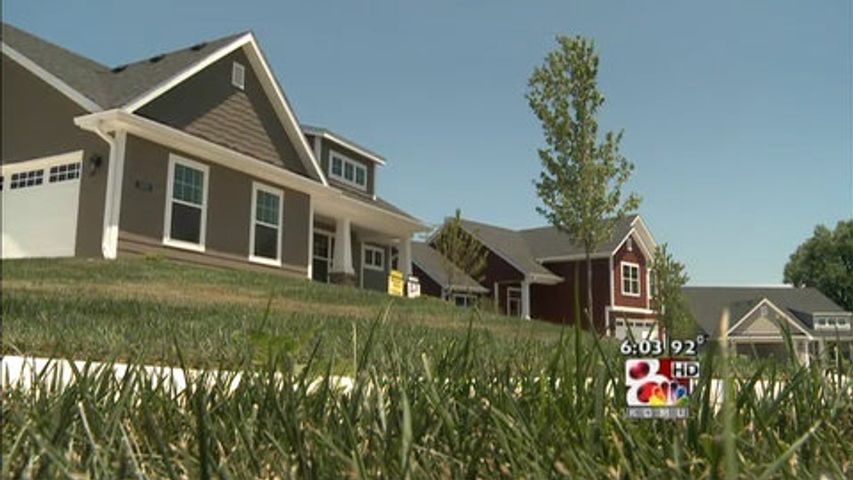 COLUMBIA - Local realtors, contractors and housing authority employees say it is becoming more and more difficult for low-income families to find an affordable place to live in Columbia. For some in our community, it's a constant battle to find a roof they can afford to keep over their heads, and actually owning that roof is becoming a far off dream for families in poverty.

That's the case for Angie Skipworth and her 18-year-old daughter Maddi, who live in a two-bedroom condo together.

"It's not perfect, but it's livable and we've had places that weren't as livable." Skipworth said.

They used to live in a rented house, but had to downsize when their combined paychecks couldn't cover the bills. Skipworth is a devoted daycare employee, even though she earns barely more than minimum wage, $9 an hour. Maddie, one of three of Skipworth's daughters, is a recent Hickman High School graduate who plans to start classes at Columbia College in the fall. She works in fast food and chips in so the pair can continue living her.

"I don't even have enough money to pay rent with one paycheck, which is just frustrating," Skipworth said. "It's to the point where its laugh or cry and some days you just cry you just do."

The family feels like it's always battling the bills. Skipworth said it's her daughters who keep her fighting to provide.

Maddie's having to work isn't the only sacrifice this family makes to survive. The constant struggle with money impacts every decision they face.

Skipworth said her money troubles will keep her in this condo for now.

"Owning a house would be great, we could do whatever we wanted with it, but with the money I make it's just not a reality."

Even if she wanted to buy a home in Columbia, it would be hard to find one she could afford.

"Prices are increasing and the lower price ranges are just almost disappearing," said Columbia Board of Realtors Director Jessica Kempf.

According to the Columbia Board of Realtors, homes below $100,000 on the market, seen as affordable entry-level homes, are hard to find. Between 2008 and 2012, houses on the market for less than $100,000 dropped by 8 percent, those less than $75,000 decreased by 6 percent and those less than $50,000 decreased by 18 percent. Throw in the challenge of getting a loan and you can throw away any idea of living the American dream.

"A lot of people can't afford that down payment, which is a big part of it right now too," Kempf said.
Toss in new construction to the equation and Columbia is building onto the problem.

"It's not gonna get any easier," Scott Linnemeyer said, owner of Beacon Street Properties.

The houses contractors are adding to the market are far from affordable for those in poverty and there's a lot of them. In 2012, realtors sold 238 newly built homes in Columbia. They come with a bigger price tag too, selling on average for $248,145 in 2012.

"It's tough because of the land costs, once you throw that variable in there it's just hard to get under that 150 mark," Linnemeyer said.

Contractors are shelling out more money to build houses because of new city codes along with increased land and permit costs.

"It's all good stuff, it just costs real money and it eventually gets passed on to the buyer," he said.

The high prices will keep Skipworth from calling herself a buyer anytime soon.

"The money that I make if I own a house and something went wrong with it, when would I be able to fix it," she said.

Instead, she and her daughter will focus on getting through tomorrow together.

"A big part of our life is that we make those decisions together," she said.

This story is part of a new project KOMU 8 News is starting to address a problem that faces our area, yet remains hidden from view for many of us -- poverty. We're calling this effort "Poverty in Plain Sight" because, though many people choose not to see it, its effects cut across all parts of our lives.

In fact, the poverty rate in Columbia is 22.9 percent of the population versus around 14.3 percent for the state of Missouri. To give you an idea of who falls in that category, a family of four making $22,811 or less for an annual income would be considered poor. KOMU 8's mission in the months to come is to shed light on the issues those in poverty face on a daily basis and look for solutions.