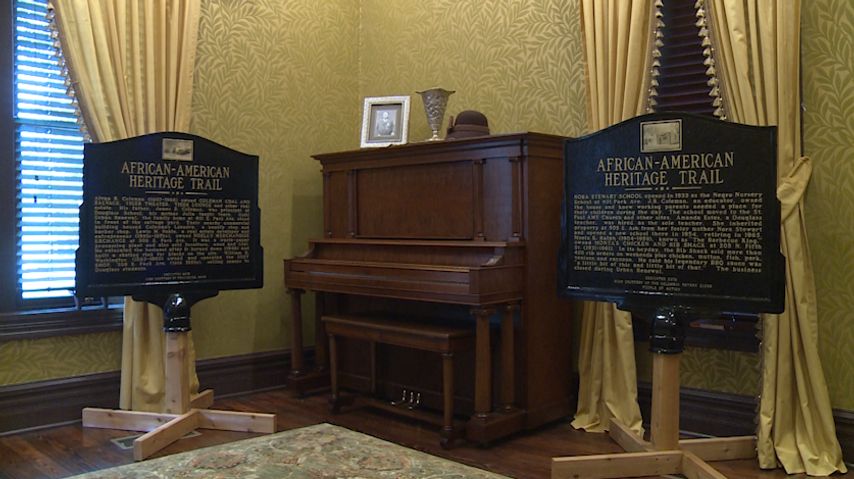 COLUMBIA - The Sharp End Heritage Committee unveiled seven new markers Wednesday that will be placed on the African American Heritage trail. The markers have information on historic African-American people and institutions that had an impact on Columbia.

The committee chair, James Whitt, said adding the markers was part of the plan when the trail was first created.

"We had identified a little over 30 sites that we wanted to recognize," Whitt said. "We've done a few of them, and today we have the remainder of the markers to get the trail started."

"I think it's important to get these stories out," Whitt said. "With Columbia's bicentennial coming up next year, we want the stories of black Columbians to be heard."

One of the markers honors Alvan B. Coleman, who owned many different Columbia establishments such as Coleman Coal and salvage. His granddaughter Donna Noble-Cavitte unveiled his marker.

"This was like a dream come true for me," Noble-Cavitte said. "I've always looked up to my grandfather as a strong entrepreneur in Columbia.

Noble-Cavitte said the trail and its markers are a very important part of the city.

"Because we don't have a lot of history about our black communities in many places, this will be that testament where the structures and the people are no longer here, but the things they accomplished, the businesses they owned and the contributions they made will be a permanent marker," Noble-Cavitte said.

The committee will also be unveiling six more markers next Wednesday.