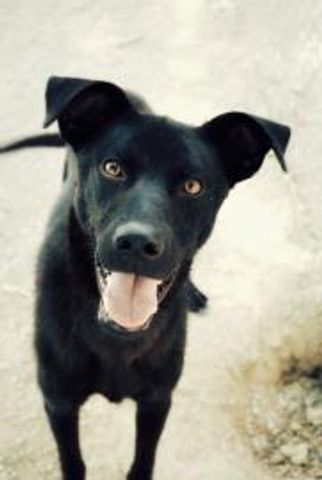 COLUMBIA - It can be heartbreaking to watch someone be passed over because of looks or age. Maybe they're left to linger on the sidelines because they aren't agile enough or maybe they are just overlooked because they blend into the background.

The same thing happens to shelter dogs longing for a family; to be part of a team.

Black dogs and older dogs are harder to adopt out compared to any other dog. The stories of Frankie and Shorty say it all.

5-year-old Shorty, a Chihuahua mix, is the oldest dog at the Central Missouri Humane Society.

"Older dogs are harder to market than puppies," according to CMHS spokesman Colin LaVaute. "It's just hard to compete with all the energy and cuteness."

Potential adopters might overlook older dogs because they'd prefer a long-term companion to raise and create a strong connection with.

Kennel Supervisor Stephanie Lanham said, "People look at an older dog and they think it might not be here in a couple more years."

Older dogs like Shorty, however, aren't the only ones having a tougher time finding a home. The color of a dog's fur can make a difference.

1-year-old Frankie is an all black dog, which tend to be harder to adopt out.

"People see the cute fluffy white dog and usually go for that first and don't notice the black dog as easily," Lanham said.

Black dogs don't photograph as well and pictures are a big deal for potential adopters.

Shelters usually look for a good photograph to capture a cute picture of a dog and therefore make them more appealing to potential adopters. Cameras simply aren't friendly to black dogs.

LaVaute also said the color black could lend itself to superstition, which is similar to what makes black cats harder to adopt out.

We are looking for stories of dog rescues. If you have adopted or rescued a dog, please email us at ShareIt@KOMU.com, contact us via Facebook or Twitter @KOMUNews. Tell us why you chose your dog and how it's changed your life.

(This story is part of the KOMU 8 News series "Rescued Dogs: Beyond the Cage." Related articles include the tale of a lucky dog rescued with the help of KOMU 8 News Facebook users, and a gallery of photos sent by viewers who have made adopted dogs part of their families.)