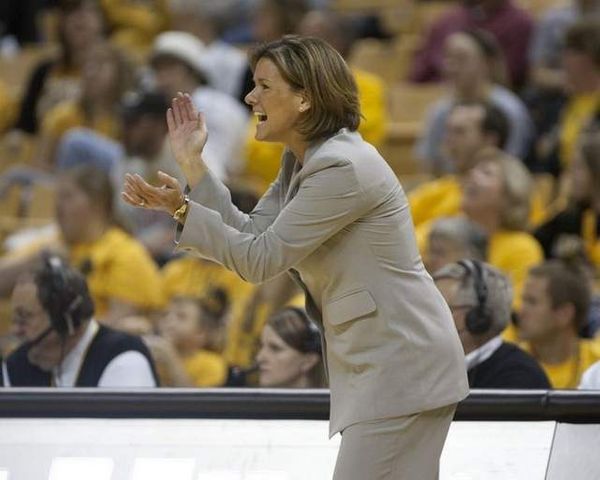 COLLEGE STATION, TX -- Junior Bri Kulas led the Tigers in scoring on Sunday, for her 14th game in double-figures this season.

Freshman Lianna Doty was an asset on the floor as she recorded a career-high eight assists, half of Missouri's 16 assists on the game.

Texas A&M started the contest making two three-pointers in a row, on a Tiger team that has entered every league game with a better three-point shooting percentage than its opponent. After making another bucket, Mizzou was able to gain possession, and junior Bri Kulas put the Tigers on the board.

A 7-2 run in the Tigers' favor followed, thanks to a jumper from Liene Priede and six points from Kulas.

The Aggies got to work for the rest of the half, putting up 48 points to the Tigers' 20.

Senior Liene Priede finished the first half with five points for Mizzou, making a key three-pointer at the end of the half. Liz Smith added another four points for the Tigers as well. Freshman Lianna Doty dished four of Missouri's seven assists in the first half.

Missouri came out of the locker room with a vengeance, starting the half with seven straight points after an Aggie three-pointer. At the first media timeout of the half, the Tigers had cut in to the Aggies lead, trailing 51-27. Mizzou continued to chip away at Texas A&M's lead, putting up six straight points leading into the next break in play. Freshman Darian Saunders sparked the run near the 14-minute mark, and both Kulas and Sydney Crafton hit layups before the break. Priede hit a three-pointer as play resumed, making her a perfect 2-for-2 from behind the arc.

The Aggies responded with another six points before sending Doty to the free throw line where she sank both shots to make it 62-43. Crafton answered an Aggie Layup, and Morgan Eye answered an Aggie three-pointer with one of her own, but it wasn't enough to catch up to Texas A&M.

Morgan Stock and Bree Fowler put up points for the Tigers in the final minutes, and Fowler's seven points on the day were just one away from her career-high of eight.

Missouri Women's Basketball will return to Columbia to host the Florida Gators on Thursday, Jan. 31 at 7 p.m. The Tigers also welcome the Tennessee Lady Vols next Sunday at 1 p.m.