All liquid nicotine may soon have child-proof seals 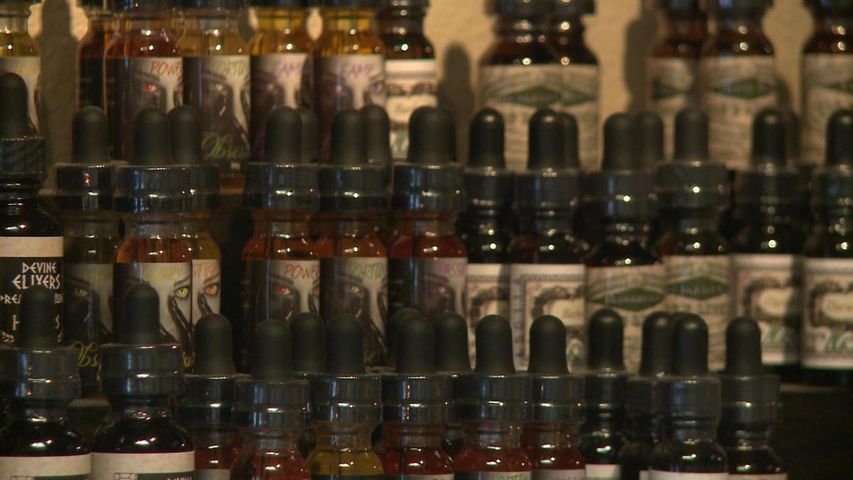 JEFFERSON CITY - Electronic cigarette smokers may soon have to work a little harder than usual to open liquid nicotine bottles.

Missouri lawmakers have passed a bill requiring child-proof packaging for bottles of the liquid nicotine used in e-cigarettes.

E-cigarettes heat liquid nicotine into an inhalable vapor, but worry has grown over safety with the liquid around children.

Aqueous Vapor employee Michael Kehoee said almost all of the flavors of nicotine are fruit or dessert flavored, making them smell desirable to kids.

But Kehoee said most of the responsibility falls on the parents.

"What it comes down to is people being conscious of where they put their e-liquid," he said. "I always tell parents, if they come in here with kids, pretty much treat your e-juice like it's a pack of cigarettes. You wouldn't let your kids play with a pack of cigarettes, so don't let them play with the e-liquid."

Kehoee said many of the bottles the store receives are already child-proof, but not all. He said all should have the protection because the consequences are severe.

"It depends on how much nicotine is actually in it, but if you had a higher nicotine strength you could certainly get very, very sick or potentially die from it if you consume enough of it," he said.

Senators approved the bill 33-0 Wednesday so it will now head to Gov. Jay Nixon.