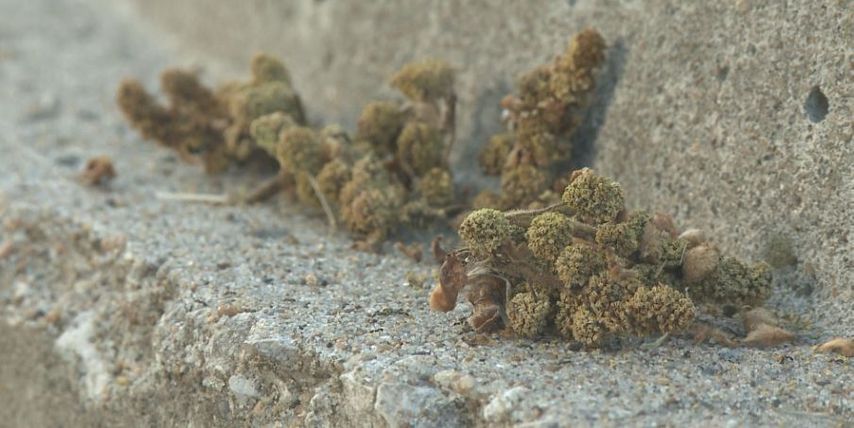 COLUMBIA- People with allergies in mid-Missouri, especially those where tree pollen is involved, may have some reprieve in the coming weekend.

Tree pollen has been ravaging the noses of people in Columbia for an extended two-week period, with each day reaching very high concentration numbers on pollen indexes. Those allergic to tree pollen and other allergens have found themselves at times unable to breathe under these conditions.

Luckily, allergy sufferers may have a break this weekend, as pollen concentrations are expected to decrease significantly.

Breanna McCaughey, a student at the University of Missouri and one who suffers from pollen allergies, said in the past week alone the pollen has affected her greatly.

"Even if a window was open at my apartment or at someone else's apartment I'd have to ask them to shut it, otherwise my eyes would just get bloodshot red, coughing for like five minutes at a time, or just a runny stopped-up nose," McCaughey said.

McCaughey also said if a window was left open overnight, she would wake up and sometimes be unable to see.

Some days pollen would even cover McCaughey's car in the morning, leaving a thick dusty yellow layer over the exterior.

"That was a big hit when I came out for work and my car was completely yellow. It was like, 'Oh, this is going to be a good day,'" McCaughey said.

Early morning pollen bloom is when most pollination occurs according to Dr. Christine Franzese, professor and director of allergen studies at the University of Missouri.

"Trees tend to pollinate in the morning time. The afternoon or the evening are the best times to avoid it," Franzese said.

Franzese also said pollen blooms are also more intense after two to three days of 60 degree weather or higher, which is exactly what Columbia has experienced over the past couple of weeks.

Many people turn to allergy medication for immediate relief, but Franzese said some of the best ways to prevent allergies from getting worse can be done at home.

"If you're going to work outdoors, when you come inside change your clothes. It's helpful to shower, too," Franzese said.

Franzese said there also a wide range of options for allergy treatment, from tablets and shots, to drops and even toothpaste.

When reading the pollen concentration forecast, it is important to recognize not every forecast is accurate to the individual. Franzese said often times people find their individual pollen allergen is not as highly concentrated as others. For example, if there is a high concentration predicted for birch pollen, but a person's allergy is more related to oak pollen, that person should be fine.

However, Franzese said the same is not true for some grasses, which belong to different families. Some people can be allergic to multiple grasses at once, which can lead to even more intense reactions.

Grass pollen comes later than trees in the spring season,

Franzese said it is wise to get diagnosed for your individual allergies to be prepared for what the spring air may bring.