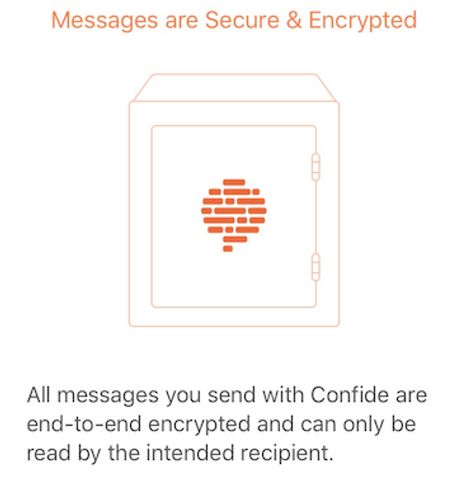 JEFFERSON CITY - Forget about whether a record is public or private: there are no records, specifically from any communication between Gov. Greitens and his staff on a new messaging app.

The Kansas City Star reports the governor and a number of his top advisers use Confide, an app that automatically deletes messages after they've been read and sent.

Confide President and Co-Founder Jon Brod said all messages in the app undergo the same process.

"All Confide messages are end-to-end encrypted, to ensure that only the specified recipient can read them," Brod said. "They are also screenshot-protected and ephemeral, to ensure that no copies are left behind. After a message is read once, it is immediately deleted from our servers and wiped clean from the device."

"It cannot be saved, archived, retrieved forwarded, cut-and-pasted, etc. It is gone."

MU Communications Law Professor Sandra Davidson said concerns about the app's conflict with Missouri's open records law depends on whether or not any information regarding the public is discussed in the messages.

"The intent of our sunshine law is clear enough, arguably, because it doesn't talk about whether something's a public record, whether it's paper form or electronic - it's public record if we're talking about public business."

Davidson said the debate on whether a politician's private messages are public record has historically been put to the test, including during the last presidential election.

"Of course, it was a major concern when the discussion was Hilary's [Clinton] emails. She said those emails were clearly private and watchdogs then want to give oversight on what is private or public," Davidson said.

Brod said he was not aware of whether Greitens or anyone on his staff has used Confide. He also said users should be aware of any regulations or restrictions they are bound to before using the app.

"I think everyone has a use for the Confide app, particularly given the increasing volume and intensity of hacks, leaks, and other cyber vulnerabilities," Brod said.

"That said, there are some people for whom some of their communication may be regulated or restricted - maybe, for example, by FINRA or the President Records Act. For those people, it is critically important that, in those instances, they use Confide in a way that complies with whatever regulation or restriction they may be governed by."

Davidson said a major issue is that unlike emails, which are recorded and can eventually be found, messages on Confide are never recorded.

"If you have got a form of electronic communication that allows you to subvert the purposes of the Sunshine Law, which is to have public business conducted in public where we can get oversight, then certainly there is a problem," Davidson said.

Missouri's Sunshine Law states, "It is the public policy of this state that meetings, records, votes, actions, and deliberations of public governmental bodies be open to the public unless otherwise provided by law."

A set of guidelines approved in 2001 by the State Records Commission called "Managing Email Records" -- "Any email message that is neither created nor received in the course of routine or official state business may be disposed of immediately. Agencies are encouraged to define within their policies how much, if any, personal e-mail is acceptable."

Davidson said private messages from Greitens are allowed, but must exclude any discussion of public matters. She said the use of Confide makes it close-to-impossible to check.

"In part, we have to trust our public officials, but maybe it goes back to what Ronald Reagan said: trust, but verify. If you have something like Confide, you can't really verify because the messages have disappeared," Davidson said.

Greitens and his office did not respond to requests for comment.