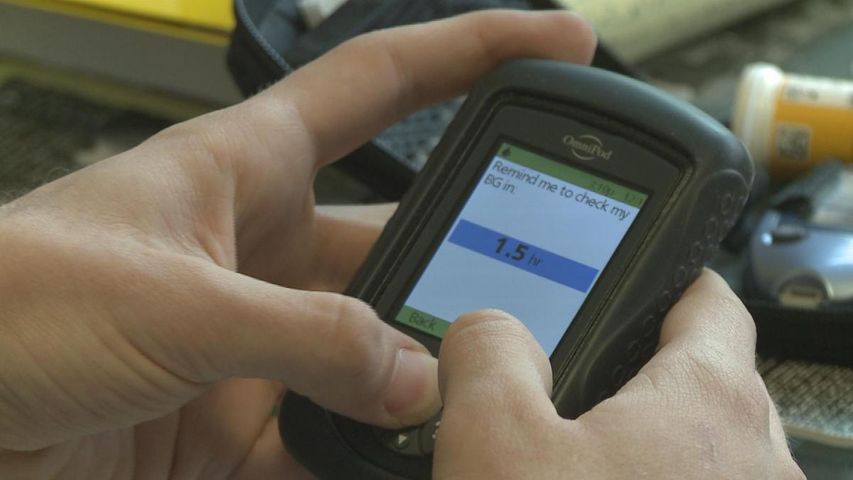 COLUMBIA - Diabetic Julian Douglas was recuperating after a night out with his friends, but as they day dragged on, he continued to feel miserable.

After the second day of feeling delusional, Douglas passed out at a pizza restaurant and was rushed to the hospital where he was diagnosed with high ketones, causing his blood sugar to rise above 1,000.

"Your blood sugar should be about 100." Douglas said. "So they had to put me in a medically-induced coma to get my numbers under control."

Ever since, Douglas has this brush with death, he has been much more careful with his treatment.

"My endocrinologist told me to check six to eight times a day just to make sure your blood sugars are staying normalized, and if they are high you can attack that right away."

Type 1 diabetics will soon be able to avoid human error when checking their blood sugar, thanks to something called an artificial pancreas, which are in testing phase.

Michael Gardner, an endocrinologist with the University of Missouri, said the input-free devices work differently than insulin pumps.

"With an artificial pancreas, it takes the data of what the blood sugar is, where the blood sugar is headed, and determines what the insulin dose at that time should be." Gardner said."With insulin pumps, in the end, the dose decision has to be the users'."

It also found that fewer instances of hypoglycemia accrued with artificial pancreases than conventional pumps.

Despite the advantages, Douglas said he will probably stick with current methods.

"Even with those statistics, I personally wouldn't switch," Douglas said "I've got my system down now and I'm happy with it.

The lack of familiarity isn't the only disadvantage of an artificial pancreas.

Gardner said, "The technology has a hard time accounting for when you eat, when your blood sugar goes up very quickly, but the blood sugar in your skin does not go up very quickly where the sensor is. So it's harder for the computer to understand if it's distributing the correct dosage."