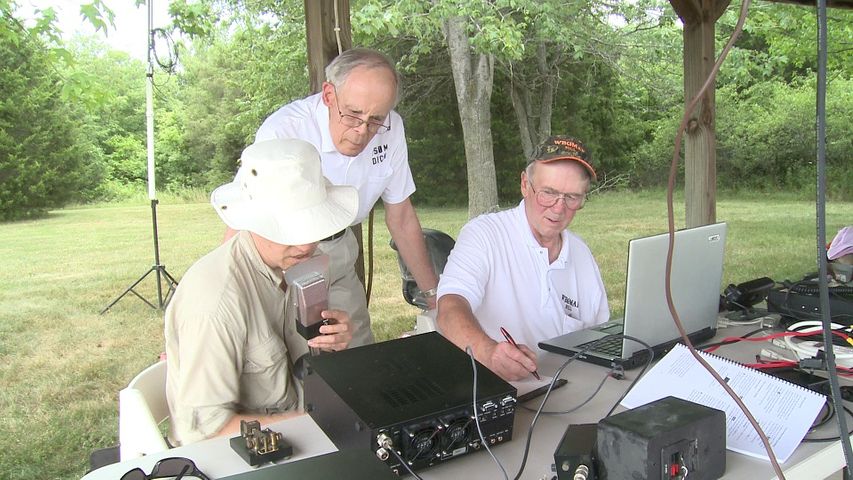 FULTON - Callaway County's Amateur Radio Group set up a temporary radio station behind the community hospital Saturday to practice making emergency calls. The group started calling other stations at 1 p.m. and will continue until Sunday at 1 p.m. Within the first two hours, group members had already touched base with stations in Ohio, Illinois, Indiana, and Wisconsin.

Group President Dave Phelps said this is all a part of making sure Missourians have a way to communicate when the Internet and cell phones fail.

"We're setting up an emergency station where no station existed before," Phelps said. "The idea is that we can move the station wherever we need to in case of emergency contacts."

During previous runs, the group contacted stations in all 50 states, Mexico, Canada, Australia, and Europe. When Hurricane Katrina hit, members helped put Missourians in touch with friends and family in the affected areas.

The Callaway County group is first in their division in North America, and those rankings are based off number of calls and performance during difficult tasks like sending messages in morse code.