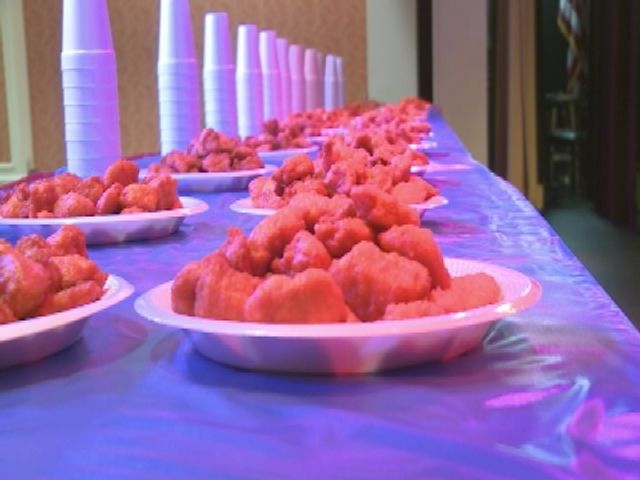 BOONVILLE - On Saturday, some of the world's top eaters met for the second annual Isle of Capri boneless chicken wing eating competition to test their appetite.

However, one of the eaters, Shari Childs, was not in it to win it.

Childs wanted to compete for one simple reason.

"It's a bucket list for me," said Childs. "When would I ever have another opportunity to do this?"

The chefs made 150 pounds of boneless chicken for the eaters and spectators. The spectators had to pay five dollars for all-you-can-eat.

Nine of those pounds went into the stomach of the winner, Pat "Deep Dish" Bertoletti.

"It's just a skill that was given to me by the heavens," said Bertoletti.

Bertoletti is currently ranked second in the world, and he walked away with a $2000  check after beating the other 12 contestants.

"Other than the prize money, I take a away the experience and the new world record," Bertoletti said. "It's great to visit Boonville and Island of Capri here. I had never been here before. I'll definitely be back next year."

Meanwhile, Childs fell short of her goal, and ate a total of 10 wings. But that was good enough for her.

"I did it," Childs said. "And watching these guys, there was no way I could compete," she added with a laugh.

Only one was the winner, but everybody got their chicken dinner.