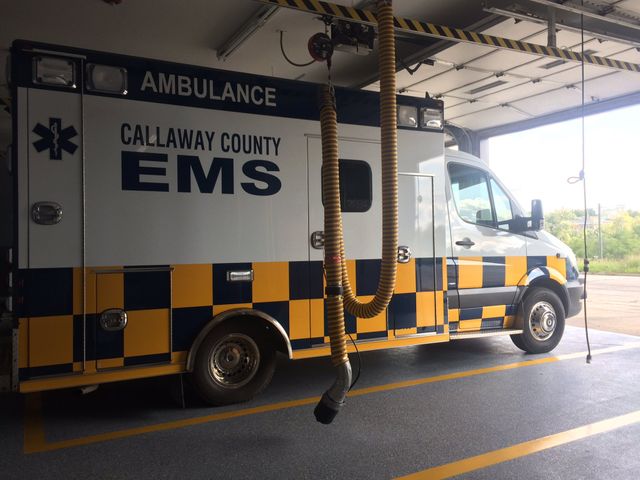 FULTON - The Callaway County Ambulance District’s Board of Directors voted to change the recently added 12-hour crew to a 24-hour crew starting Friday.

“When Fulton Medical Center decided to close we looked at the potential for increased call volume and increased transports to hospitals in Columbia and Jefferson City and decided, because of that, it would be in the best interest of everyone if we extended that 12-hour truck into a 24-hour truck, so we can have 4 ambulances available 24-hours a day.”

According to a release from the district, the 12-hour shift, which was added in July, has already reduced the number of times the resources have reached “Status Zero,” a situation where no ambulances are available. Anderson also said response times will be a lot better.

Anderson said the district transports an average of 28 patients per month to Fulton Medical Center.

The Callaway County Ambulance District currently has a total of six ambulance trucks. Anderson said some of the patients, who were able transport themselves to Fulton Medical Center, will need the ambulance to get to hospitals in Columbia, Jefferson City or Mexico during a medical emergency.

“A number of people received health care services there in the emergency room, and a number of those people likely don't have transportation to take them to Columbia, so we anticipate seeing our call volume go up,” Anderson said.

According to the release, the total cost to increase coverage for another 12 hours each day will be approximately $185,000 per year, which includes pay and benefits.

One Fulton resident said closing down the medical center is a bad idea.

“I mean, like any community, you need some type of medical treatment facility or MTF to take care of the local community as well as like here in Fulton,” Charles Williams said. “We have two major universities and, if there’s ever an emergency, you're talking about anywhere from 20 to 30 minutes going east or either south from here and that’s not good.”

“I mean, you can add as many trucks as you want to help alleviate the issue, you still looking at the time from when they respond to somebody that’s in an emergency crisis and then getting them to a facility that can be able to help them. That’s just like putting a band-aid on a gaping wound to me,” he said.

Another resident said closing down Fulton Medical Center will not affect anyone except the people who work there.

“Cause nobody in Fulton goes to the Fulton hospital,” Phillip Brauner said. “Everybody goes to a real hospital like the university.”