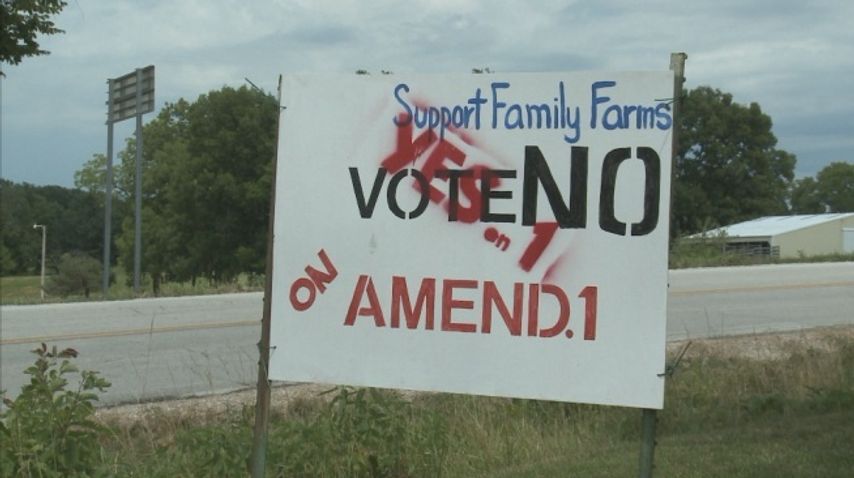 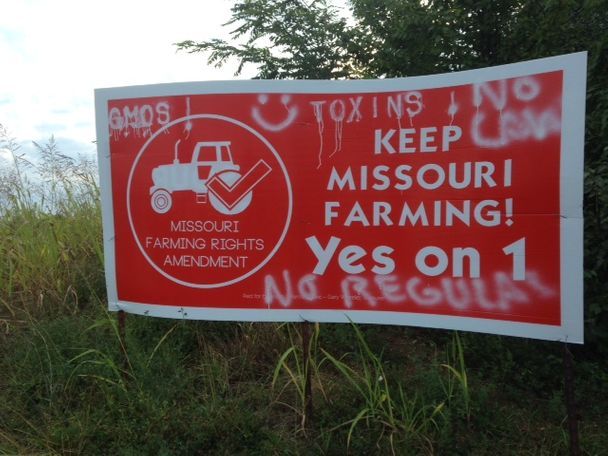 BOONE COUNTY - Signs opposing Amendment 1, the so-called "Right to Farm" measure on Tuesday's ballot, have been vandalized to say "Yes on 1" instead of "No."

Amendment 1 would amend the constitution to give farmers guarantees to keep farming in Missouri and use their land the way they see fit.

Emma O'Connell, who opposes the measure, owns a farm near Rocheport and said her signs were vandalized and even stolen.

"I made some signs. The last one I made, they spray painted over it with 'Yes on 1,'" O'Connell. "I just kinda see this as kind of an analogy for what is wrong with the vote yes side. They just don't respect farmers right to have their own opinion."

Another farmer, Julie Fisher, has a farm just outside of Columbia. Her sign was vandalized as well.

"It's a reflection of our opposition's disregard for property rights and the democratic process," Fisher said.

Both signs had similar vandalizing marks on them, a red, spray-painted stencil "Yes."

Rep. Caleb Jones, R-Columbia, has promoted the bill, but said he does not support the vandalism.

"Amendment 1 is meant to protect farmers ability to use their land for agriculture. Whenever you're dealing with someone's livelihood, emotions are high. A lot of times that causes people to go out and do things they probably shouldn't do," Jones said.

Supporters for Amendment 1 reported vandalism to their signs as well.