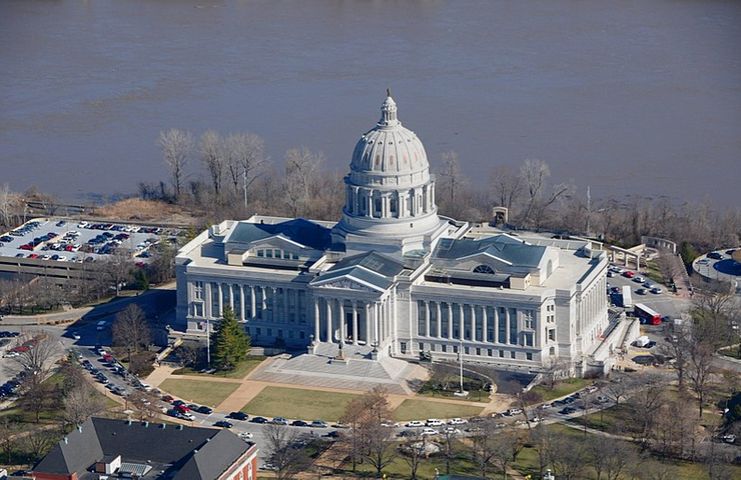 COLUMBIA— Missourians voted to expand Medicaid eligibility, according to reporting from the Associated Press.

The Affordable Care Act in 2014 prompted states to expand their Medicaid programs, covering all citizens earning below 138% of the federal poverty level. That means individuals making $17,236 a year and a family of three making $28,676 a year are covered by Medicaid.

“There absolutely is a gap in our health care system because there's nearly a quarter million working Missourians that don't have access to health care,” democrat gubernatorial candidate Nicole Galloway said. “These folks work one jobs, they work two jobs, and they just don't have health care through their employer. And so they are one medical emergency away from a lifetime of crushing debt.”

On Tuesday, Missouri became the 38th state to expand.

"This is a tremendous victory for Missouri's working families," Galloway said in a statement. "Medicaid expansion brings billions to the state annually, creates jobs in places that desperately need them and saves rural hospitals. We can expand healthcare without raising taxes or cutting other programs."

Under Missouri’s previous Medicaid program, coverage was only offered to those who fall into specific categories, as reported by the Columbia Missourian.

Not everyone was in favor of the measure.

“Medicaid is for aged, blind and disabled individuals, o the biggest problem is that is putting able-bodied working adults on the system," Republican representative Sara Walsh said. “It's going to cause a massive tax increase, which is the only way to be able to get around this with either a massive tax increase or to cut services."

With expansion, the state will have to pay to cover more Missourians, but the federal government will also pay the state more to cover Medicaid costs.

The federal government will cover 90% of the costs for newly eligible patients, and Missouri picks up the remaining 10%.

Without expansion, the federal government on covered 35% of the state’s Medicaid costs.

Some lawmakers and others believe that 10% will strain the state's already struggling budget.

Shirley Porterfield is a public health professor with the University of Missouri, St. Louis. She said it’s a smart economic move because the federal government would cover more of the cost.

“It’s a win, win for Missouri,” Porterfield said. “I think the arguments that I've heard against that have been, as I said, mainly political… If you look at the other states that have passed Medicaid expansion, it has not been a negative economic factor for them.”

Matt Powers is a researcher with Health Management Associates, an independent research group. He and two others completed a research study focusing on three conservative-majority states with expanded Medicaid: Indiana, Ohio, and Arkansas. He then used those states to compare them to Missouri, if the state were to expand.

The study found a large portion of states’ costs of enrolling and serving a new population is offset by savings.

“I support a Medicaid expansion if it's synchronized well, if it’s a well-run program, if you work with your other state agencies,” Powers said. “The states that did that well, they had a positive financial impact on choosing the Medicaid expansion.”

The Missouri Chamber of Commerce believes expansion will generate 16,000 new jobs in the first 5 years of expansion, and it will generate around $2.5 billion dollars in economic output.

The next steps for expansion is implementation through the state legislature.

“Democrats are going to support Medicaid expansion,” Democratic representative Kip Kendrick said. “And then the General Assembly either in 2021 or 2022, we're going to come back in and try to find ways to undermine the will of the people and put further restrictions in or find a ways to narrow Medicaid expansion that would go against what the people voted on.”

“I truly have more concerns about the state implementing this program than I do anything else,” Democratic representative Deb Lavender said.

Those who oppose expansion are concerned what the yes vote will do.

“What this ballot initiative does, is it ties our hands by the Constitution,” republican representative Doug Richey said. “This is a constitutional amendment. We don't have the ability to go in and clean it up if we made a mistake.

But Galloway sees it as only a positive step for Missouri.

“Bringing back almost $2 billion every year in in Medicaid expansion dollars into our state is a significant economic development opportunity that we have,” she said. “Probably one of the best that we will ever have in this state… healthcare can be accessible and affordable and we can deliver it efficiently to the people that need it.”

The Missouri Democratic Party expressed support for the passage of the amendment.

“Hundreds of thousands of Missourians being able to access healthcare they wouldn’t have without the expansion of Medicaid is cause for celebration," the party said in a statement. "But our work is not done. From Clean Missouri to Right-to-Work, Republicans have tried to go against the will of the people and sabotage voter-passed initiatives. We need to work to elect Auditor Galloway as our next governor and Democratic legislators across our state to ensure the will of the people is actually implemented.”

Herb Kuhn, president of the Missouri Hospital Association, also came out in favor of the measure.

“This is a victory for all Missourians, but especially those hardworking, yet low-income individuals caught in the coverage gap," Kuhn said in a statement. "However, today’s affirmation of Medicaid expansion by voters, marks a beginning rather than an end."

For more on KOMU 8’s previous coverage of Medicaid watch: