Amendment added to bill that would allow conceal carry in churches 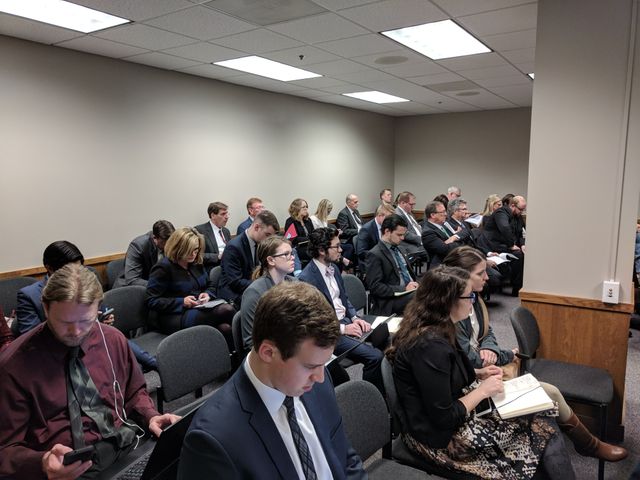 JEFFERSON CITY - A bill that would give churches more options on how to handle conceal carry permits had a public hearing tonight.

Right now, people with conceal carry permits in Missouri have to get permission from their pastor or religious leadership in order to conceal carry in a place of worship.

Tonight, the committee added an amendment to the bill to give churches more options. They can go with the current law and have leadership grant permission, allow anybody with a conceal carry permit to bring guns without permission or ban guns from the church altogether.

"Everything went crazy," Miller said. "It became the gun and churches bill - that's not what it is. It's strictly to switch the liability from the church to the conceal carry people."

"There are some churches that want people to carry, but they don't want that liability," Miller said. "This is kind of a happy medium."

A reverend from St. Louis is opposed to the bill.

"In a religious and spiritual setting, we work very hard at being peacemakers," community outreach pastor of Salem United Methodist Church Sheila Bouie-Sledge said. "I believe that if you feel like you need security, then an appropriate person who is trained and has responsibility for handling a gun, and is able to make great decisions in tough times should be part of your budget and your facility."

Bouie-Sledge also said that the last place she wants to see somebody making a big decision on whether or not to use a gun is at her congregation.