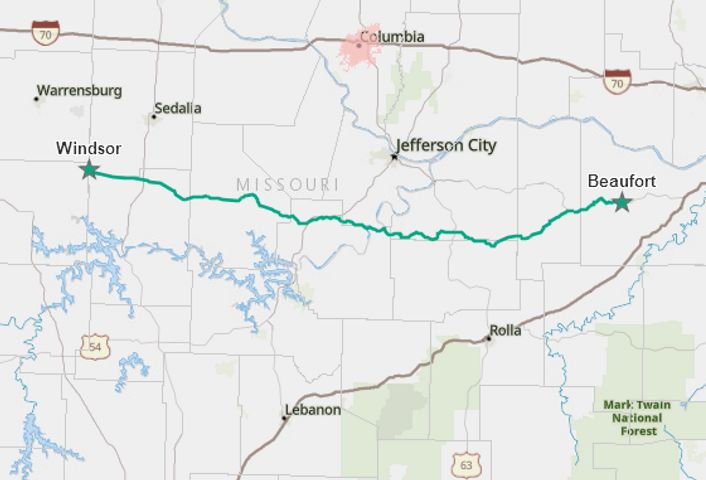 ELDON - The Missouri Department of Natural Resources is one step closer to having a new trail that would run through the state.

Tuesday the DNR and Missouri Central Railroad Company, a subsidary of Ameren Missouri, agreed to an Interim Trail Use Agreement that will ensure the preservation of the Rock Island Line Corridor.

The agreement ensures that the railroad corridor will be preserved for future use, including a possible donation of the property to the department for recreational trail use.

"Successfully negotiating an Interim Trail Use Agreement was a crucial first objective in this process, and I'm glad we finally reached it," said Dru Buntin, deputy director of the Department of Natural Resources.

This agreement does not necessarily mean that the trail will be developed. This agreement will require $9.8 million before the property is transferred from Ameren to the DNR.

The DNR said that the money will likely require a combination of private, public and corporate sources. The group heading this effort is the Missouri State Parks Foundation, a nonprofit group established to support Missouri's state park system.