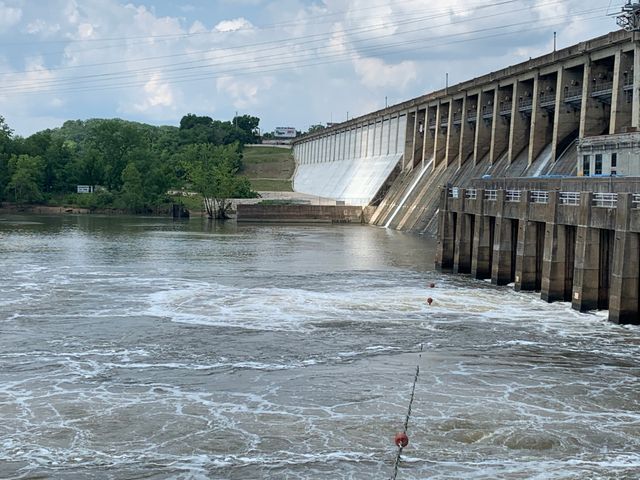 LAKE OZARK - Ameren now says Monday is the soonest it could potentially release the floodgates at Bagnell Dam.

Osage Plant Manager Phillip Thompson said Ameren coordinates the flow rate at the Bagnell Dam with the Army Corps of Engineers at the Truman Dam. Ameren follows the Corps' lead in deciding to increase or decrease the flow.

Thompson said the flow will not be increased until the Missouri River drops at the Hermann Gauge. But he said water levels are always subject to change based on rainfall.

The Bagnell Dam release will cause more flooding downstream, but Thompson said Ameren and the Army Corps are doing what is best for the community as a whole.

"We will continue to release in accordance with pre-planned guidelines to make sure that no particular party benefits versus another party," he said. "Everybody is kind of impacted, but the least amount of overall impact to the general public is what the Corps is providing for."

Lake Ozark resident Keith Olson said he is concerned because the river is already higher than usual. But his wife, Jodi Olson, said she is confident the town will pull through.

"The community will come together. They will help. They're good about that," she said.