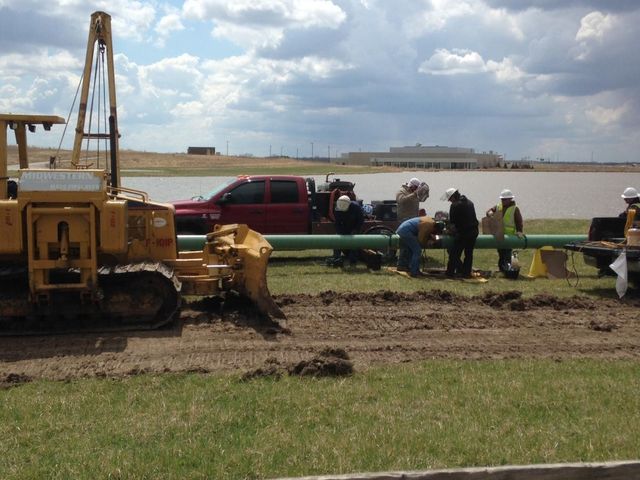 COLUMBIA - About a quarter mile southeast of the Grindstone exit off Highway 63, construction crews worked Tuesday to lower a natural gas pipeline into the ground.

Ameren Missouri began construction April 1 on an 11 mile natural gas pipeline that will stretch from Columbia to Ashland.

Michael Holman, Ameren Missouri's director of gas operations, said the project is necessary for the area because only one pipeline, from Jefferson City, supplies Ashland with natural gas.

"We're connecting the Columbia system to the Ashland system for reliability purposes and also to address the growth in the area," Holman said.

The pipeline will run alongside Highway 63 but construction will not interfere with traffic. It will not affect utility bill prices for customers using natural gas either.

MU Farms expressed concerns about how Ameren could have buried the pipeline. Ameren agreed to construct the pipeline without interfering with soil and crops.

Ameren made the $11 million project a part of its budget for the last few years. Holman said construction could have started last year.

"We thought about doing it last year, but the projections, and thankfully those were correct, with the cold, cold weather we had we did not do it last year," Holman said.

Ameren expects to finish the project by September.