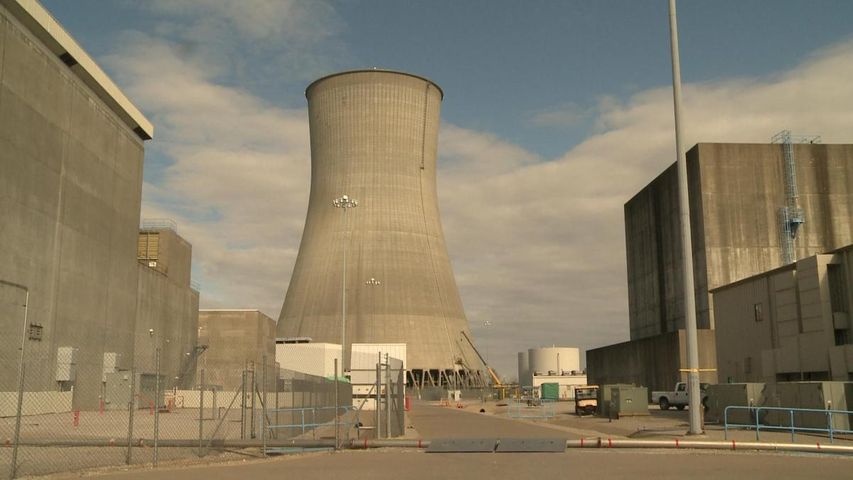 CALLAWAY COUNTY - Officials led a tour of the Callaway County Nuclear plant Monday as they await renewal from the Nuclear Regulatory Commission (NRC).

Ameren representative Sarah Kovalski said she thinks the NRC will approve their request for renewal soon.

"We expect to be renewed sometime in December," Kovalski said. "It's an exciting time for us, it's been a long process."

She said the NRC's technical and environmental reviews were encouraging and she feels confident about the commission renewing the license.

One Ameren representative said a license extension will be an economic boost for the local area.

"It generates a lot for the economy for this area, the workers that come in, they'll stay in the community. They'll live here for a long period of time, so that's a boost," Ameren representative Shannon Abel said.

However, Missouri Coalition for the Environment's Safe Energy Director Ed Smith believes nuclear energy is unsafe and not a bargain for customers.

The Callaway plant was originally supposed to be $1 billion. It cost around $3 billion once it was completed in 1984.

Smith said his concern on waste storage is that there is currently no plan on the table for the long-term, safe storage of high-level radioactive wastes.

"Missouri could become a nuclear waste depository," Smith said. "There isn't a long-term plan for storage."

He also said storing nuclear waste will continue to be paid for by taxpayers until a long term solution can be found.

Currently crews are constructing the metal base for the underground storage facility just to the north of the plant's reactor to improve storage of nuclear waste.

Ameren expects the project to be completed sometime next summer.

[This story has been edited for clarity.]