American Foundation of Suicide Prevention displays presentation at the Capitol 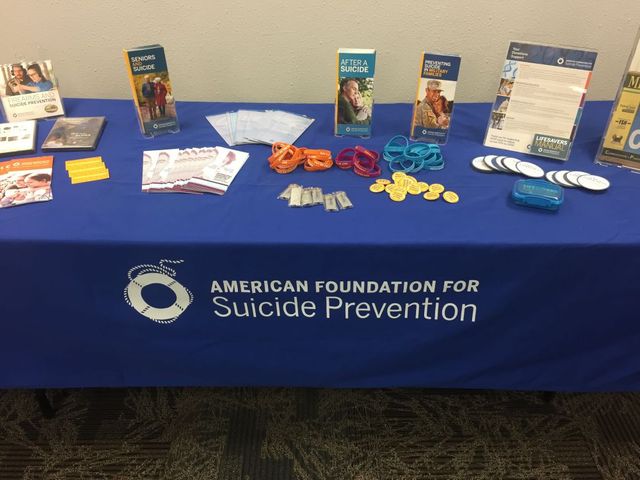 The chapters put on a presentation of education and used stories of those who committed suicide in the districts they oversee. The presentation uses facts and pamphlets to help raise the awareness that the chapters are looking for.

“The goal of tomorrow is to educate our legislators about what is coming up on their floor so that they can vote and know that suicide is going to be decreased in the state of Missouri,” said Becca Pamperl, a board member of the Mid-Missouri chapter of the American Foundation for Suicide Prevention.

Raising awareness at State Advocacy Day starts with the presentation itself; the display will not only contain information, but it will also tell stories. AFSP said the stories are what connect people and legislators to this issue and create positive change.

Linda Fehrmann is the president of one of the three chapters represented at the Capitol, and says the human conversations are what really connect and create that positive change.

She went on to highlight conversations she’s had about how suicide affects the legislators she talks to. She said what she has learned over the years is that one lost life affects so many, and that this issue really matters to everyone.

Missouri is 17th highest nationally in number of deaths by suicide, and the work these Missouri chapters do is centered on lowering that number.

“I lost my brother Richard Lewis to suicide on November 12, 2003 and I feel like people need to change the way they think about mental illness and depression,” said Pamperl.

The chapters largely agree that there is a gap between what the perception of suicide is and what the reality is, and that is another key talking point for the organization.

“I think that people are ashamed if they do have a mental illness, they don’t want to get help. They also sometimes confide in others and those people do not know what to do when they confide in them so we just need to get people discussing suicide and how, if they see some signs, how we can get them help,” said Pamperl.

This is the second year the Missouri chapters have presented at the Capitol and the group hopes they can continue to influence policy in favor of mental health and depression leading to suicide.