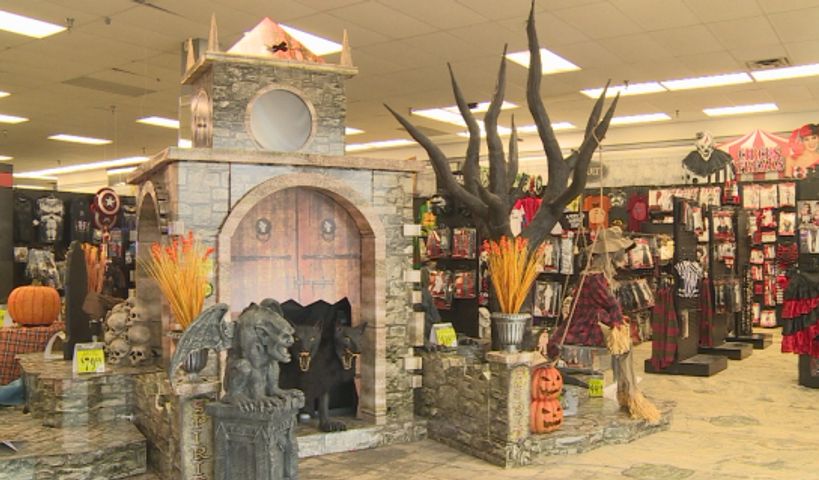 JEFFERSON CITY – Americans are expected to spend $8.4 billion on Halloween this year, according to the National Retail Federation.

That can include spending money on candy, decorations, costumes and Halloween attractions.

There are only a few costume stores here in mid-Missouri, one of them being Spirit Halloween in Jefferson City.

Heathora Keith, a sales associate for Spirit Halloween, said the store has been doing extremely well and have had people from out of state come in to buy costumes.

She said they have had a great turnout so far and expects even more business in the next few days.

Janette Wilkes, a Columbia mom with a 6-year-old daughter, said she doesn’t plan to spend more than $50 on Halloween this year.

“For the last couple of years I’ve made her costumes. They’ve been things we can get together, that we had in our house to make something neat,” Wilkes said.

She said her daughter wanted to be Wonder Woman this year, but she knew that beforehand and was able to get a good deal on a costume.

“I went on Amazon way ahead in advance and bought her costume for $20 including shipping,” Wilkes said.

According to Keith at Spirit Halloween, Wonder Woman, the Joker and Harley Quinn have been their most popular costumes.

On the entertainment side, the Missouri State Penitentiary has had it’s busiest year yet.

“We’ve been sold out on most of our Friday and Saturday night ghost tours since probably early September,” Tour Coordinator Sheila Sanford said.

On the traditional two-hour ghost tour, tour guide Maggie Harris said she and other guests have had many encounters with the supernatural.

“We have hair pulled, pant legs pulled, pockets have been pulled, brushes on the ear. A lot of times, it’s not what you expect. It’s not a ‘boo.’ It can be as simple as a touch or a whisper in your ear,” Harris said.

One experience stand out to her, “This particular shadow figure came down and was standing behind me and wrapped his hand around my shoulder and squeezed really hard and he did it twice. And that one got me.”

Sanford said the Ghost tours are sold out all the way through Halloween.