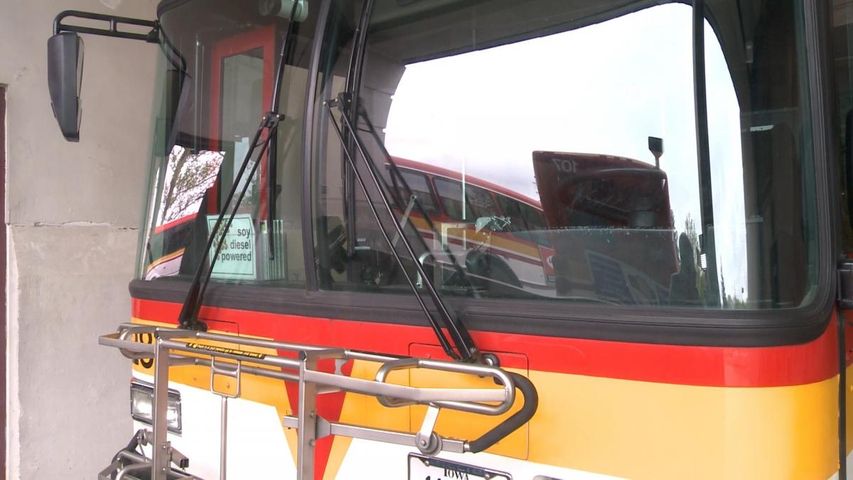 AMES, IA - Mayor Bob McDavid told KOMU 8 News "he wants to increase the demand of Columbia Public Transit in order to catch up with other town's college public transportation models such as Ames, IA."  So KOMU 8 News visited Ames to see how the two systems compare. Director of Transit Sheri Kyras says the demand for the Iowa State bus system, or Cyride, is so high they are constantly hiring new bus drivers and adding routes.

"We see 50 or 60 people coming on and off these buses every stop," Cyride driver Nathan Shimanek said.

In Columbia, the city runs both bus systems.  In Ames, funding for Cyride is split between Iowa State University, the city of Ames, and student activity fees.

Cyride accommodates about 6 million rides a year and has around ten different routes. It carries riders almost everywhere in Ames including campus, residential areas, and to the mall. Ames Mayor Ann Campbell said a lot of Iowa State students rely on the bus system to travel to and from school everyday.

Kyras says although demand is a huge part of Cyride's success, it is not the only reason.  Cost is a large part of it. Columbia Public Transit charges a flat rate of $1.50 for a one-way ticket.  Cyride charges $1.25 for a one-way ticket, but offers a discounted rate at $0.60 for elderly, persons with a disability, and medicare/medicaid card holders.  Iowa State students and children under five ride free.

Campbell says they owe a lot of their success to their employees. She says Kyras and the previous director have made Cyride what it is today.

"I have worked here 14 years and I plan to retire here," Shimanek said. "Everybody is so friendly and I love interacting with the riders; I even know a lot of them by name."

Campbell says she doesn't see Cyride going away anytime in the near future.