Amtrak Service Between KC and STL in Jeopardy 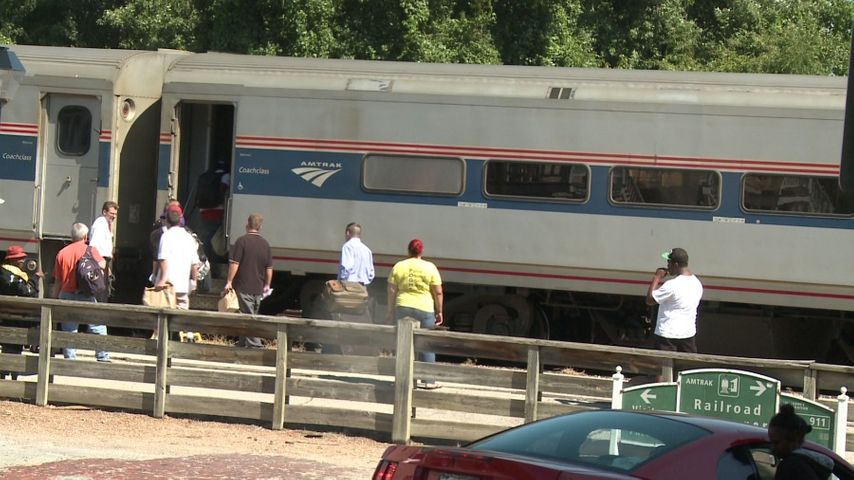 JEFFERSON CITY - A change Monday in the wording of Amtrak's budget will have a large impact on passenger rail travel through Missouri. The House of Representatives in Washington prohibits funds in the Amtrak budget from supporting rail service within the border of a single state.

Amtrak spokesperson Steve Kulm says the rail will end the partnership between his company and the state.

"States who have invested in passenger rail, like Missouri, are going to be penalized," Kulm said.

The line connecting Kansas City to Saint Louis is the Missouri River Runner, and it stops at 8 cities along its 5 hour and 40 minute trip across the state.

One frequent passenger is Vicky Vice, who says she travels on the line four or five times per year to visit family members. "If I couldn't take the train, I'd have to take a crappy bus. Or my family would have to drive from Illinois to come visit me. The train is economical and has great service."

Kulm added, "We should be supporting passenger rail, not encouraging it to go away. The bottom line is, House Republicans are targeting state-sponsored services."

Congresswoman Vicky Hartzler, a Republican, is the Washington representative for citizens who live in three of the train's stops: Warrensburg, Sedalia, and Jefferson City. She released a statement to KOMU that said she had not taken a firm position about Amtrak's funding, and that she would consider the concerns of her constituents when making a decision.

For now the Missouri line, and others like it in 14 other states with service between cities within their borders, can be saved if lawmakers change the language in the budget for the next fiscal year which starts October 1st. If Washington cannot come to an agreement by that date, this years' system--rail line and all--will continue until the budget passes.