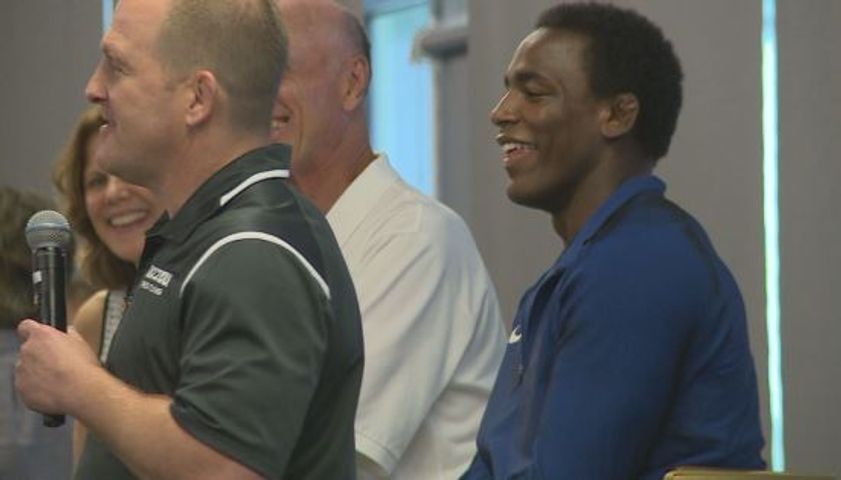 COLUMBIA - J'den Cox had a tearful welcome home celebration Wednesday in the Column Club above Faurot Field. The three-time all-American wrestler, turned Olympic bronze medalist got his start in Columbia.

Cox said he worked hard to get to the Olympics, and he's proud of the work he did at the Olympics despite not winning gold.

"I was training for a gold medal. I don't think we train for anything less. I don't think Coach Smith has us training as Missouri Tigers for to train to take 6th place or top ten as a wrestling team at a national tournament. That's not what we do. We train to be the best that we can possibly be, and the best that I think I can possibly be is a gold medal so that's what I went to do," Cox said.

Cox said he was nervous while at the games, but he did not let that get to him.

"I just convinced myself it just means you care, and you're willing to do whatever it takes," Cox said. "I wrestled with more confidence than I've ever had to be honest. I just accepted the fact that you can lose, and that made me try that much harder."

"Seeing him win it and have him put it on the clock at the end there and then fighting through and getting that take down was just amazing," Smith said.

Cox is looking forward to a month away from wrestling and becoming a college student again. He said he would like to go to the 2020 Olympics, but come home with gold this time.