An Influx in Students Creates an Increase in Trash 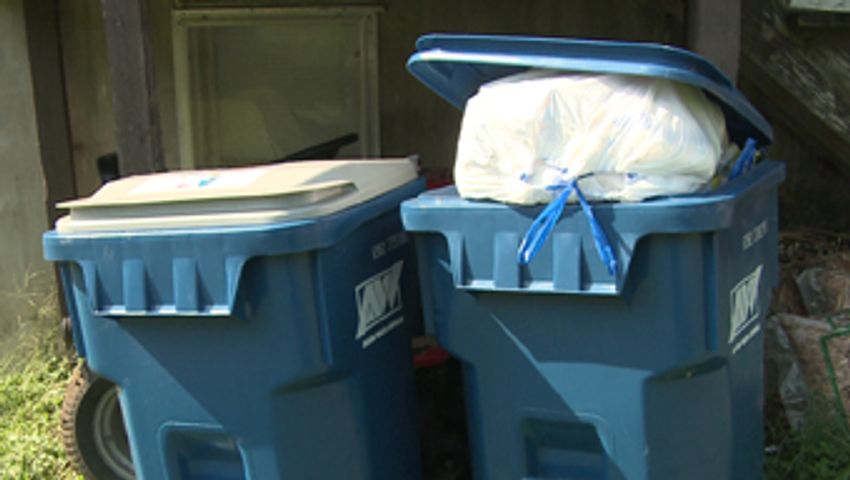 COLUMBIA - Residents in the East Campus neighborhood had an extra trash pick-up this week. More students moving back to East Campus, meant an increase in traffic through the neighborhood.

Normally the trash pick-up on Monday. But cars cluttered roadways making it difficult for garbage trucks to get through. So the trucks made an extra pass Monday and several residents say they saw trash trucks driving through the neighborhood early Tuesday morning collecting trash not picked up on Monday.

Nick Paul, Superintendent of Solid Waste in Columbia, said trash collection took two hours longer Monday than last month, now that students are back in Columbia. "On a normal operation on East Campus we usually pick up two rear loader trucks full of trash," said Paul. "Yesterday (Monday) was a little different, we ended up with the trucks loading three times, plus other trucks coming over to help."

Brad Rapert, a resident of East Campus, said cars park to close to driveways, making it hard to manuever. Rapert was able to get his trash collected and said the extra roll-off cans placed around the neighborhood helped while he moved in.

The Office of Neighborhood Services and the East Campus Home Owners' Associations worked with the city to provide more roll-off trash cans to collect extra trash. The cans were removed today, after most students got moved back in.

Paul says this is normal at the beginning of the school year, and will be repeated when students move out.