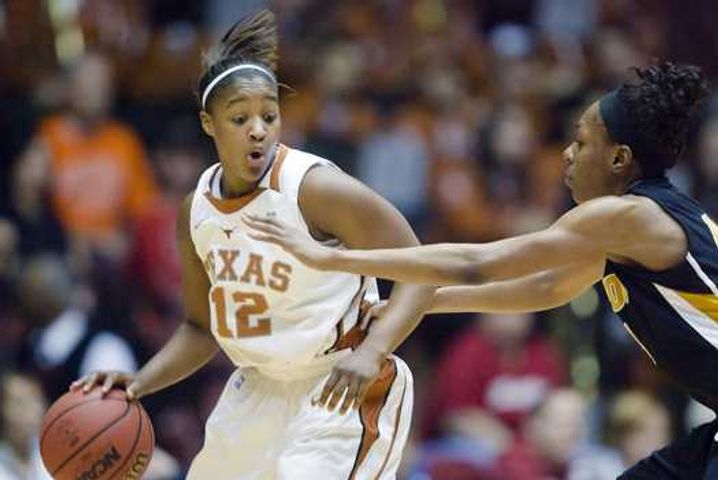 COLUMBIA - While one member of the Anderson family was hoping to lead Mizzou basketball to victory saturday, another was trying to defeat the Tigers. Coach Mike Anderson's daughter Yvonne got her first start in Columbia, as a Longhorn.

Marcheita Anderson has seen quite a few basketball games at Mizzou Arena, but did she ever see herself watching the game clad not in black and gold, but burnt orange?

"Never," stated Marcheita. "Never, never, never did I think that. My horns have always been down until now."

This year, her daughter Yvonne has provided plenty of reasons to hook those horns. The junior point guard has started every game but one, averaged 12 points per game, and has shot better than 50% from the field.

She's also provided something stressed by her father: unrelenting defense.

"I liked the fact that she worked so hard out on the court, to try and win that game," said Marcheita.

Against the Tigers, Anderson was held to 9 points, but played all but five minutes for the longhorns. While she was starting her first game in Columbia as a member of the road team, her career at Hickman High School prepared her for rival crowds.

"I dealt with hostility when I was in high school," remembered Yvonne. "It was a nice little rivalry."

In the end, just like her mother, it doesn't matter what colors Yvonne's wearing...she's always an Anderson.

Anderson was not the only Texas player coming home to Missouri Saturday. Freshman forward Anne Marie Hartung of Bowling Green played seven minutes for the Longhorns.