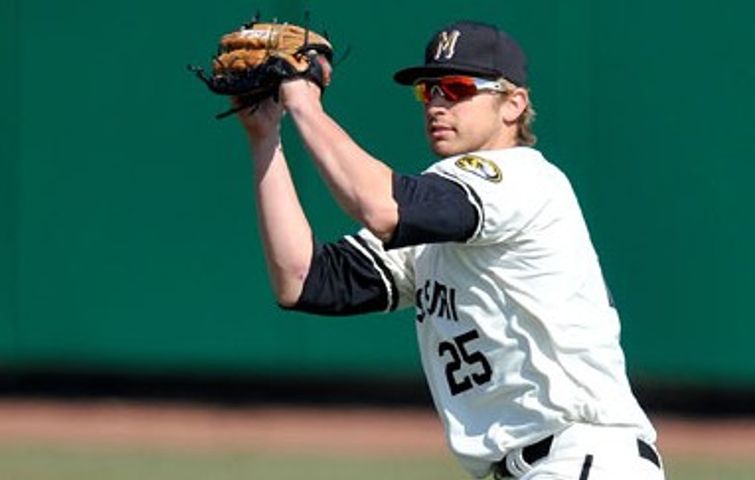 COLUMBIA - The Mizzou baseball team picked up a win Big 12 play after defeating Texas Tech, 11-1, on Friday night at Taylor Stadium. Sophomore pitcher Eric Anderson threw 7 shutout innings while striking out six and scattering just three hits against the league's No. 4 offense. The win improves the Tigers to 7 wins in their last 10 games.

The Tiger offense was clicking on all cylinders in the win, scoring 11 runs on just 10 hits as they came up with clutch hits all night. Eric Garcia and Brannon Champagne each drove in four runs. Garcia was 3-5 with a run scored and four RBI and earned two triples in the game. Champagne went 1-3 with four RBI because of a huge two-out double with the bases loaded in the fifth inning, scoring three runs and also three of Champagne's RBI.

Anderson was the star of the game pitching 7 shutout innings on the Red Raiders. He threw just 94 pitches in his seven innings and kept Texas Tech off balance all night.

The win improves the Tigers to 22-27 on the season and 9-12 in Big 12 play. Mizzou and Texas Tech will resume their series tomorrow at 2 p.m. at Taylor Stadium.