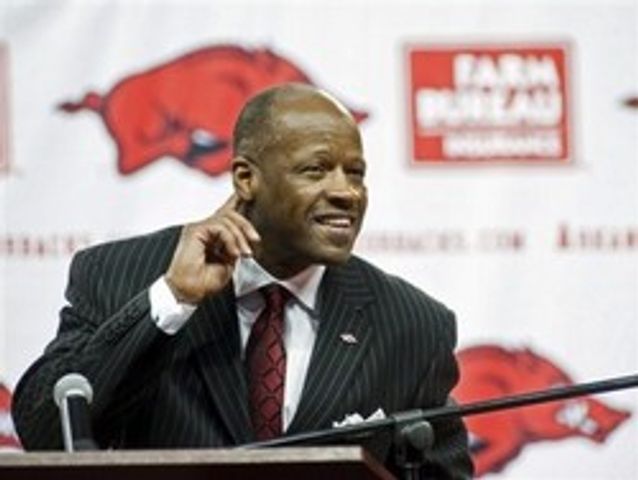 COLUMBIA -- Just months after the Southeastern Conference announced the future cross-division rivalry between Missouri and Arkansas, Tiger fans know the first official basketball game between the two schools as conference foes. On Friday, the SEC announced the 2012-13 basketball schedule which includes two regular season games between the Tigers and Razorbacks.

Second-year head coach Frank Haith and his team will face-off against former Mizzou coach Mike Anderson and his team for the first time on Saturday, February 16 in Fayetteville. The highly anticipated game, which will feature three of Anderson's former players still at MU, is scheduled to begin at 3 p.m. on ESPN or ESPN2.

Anderson will make his return to Mizzou Arena after his controversial departure following the 2010-11 season on Tuesday, March 5. The Tigers will have plenty to celebrate however. During the last home game of the season, Mizzou will honor the senior players of the team as well as present the players with their 2012 Big 12 Championship rings. The game is scheduled for 6 p.m. and will be televised on ESPN.

Arkansas and Missouri are not scheduled to play each other as cross-division rivals in football until the 2013 season.