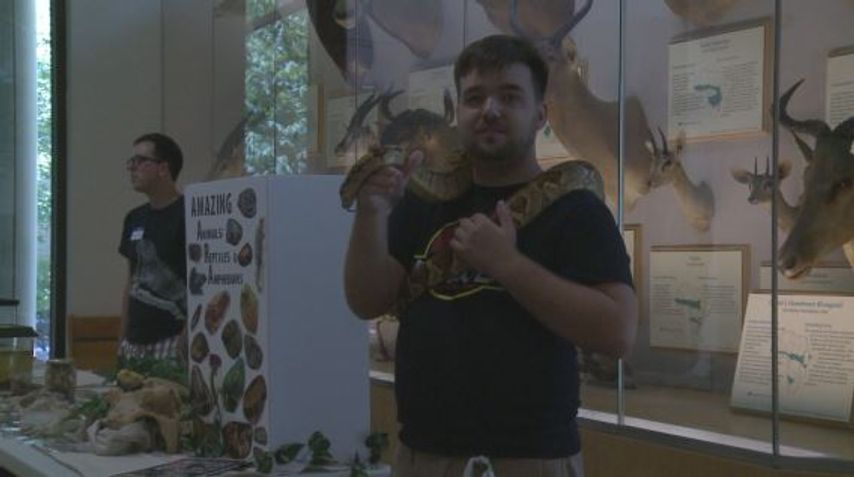 COLUMBIA - The Animal Behavior Society held an event for families to come and learn about animal research.

The group held the event at the Anheuser Busch Natural Resources Building on MU Campus.

Attendees of the Adventures in Animal Behavior event were able to participate in activites like radio-tracking fake mice, blow-darting pictures of baboons and feeling the world like a spider.

This kicked off the 53rd annual Conference of the Animal Behavior Society, which goes through Wednesday.