Animal Control Could Use More Funding for Education and Space 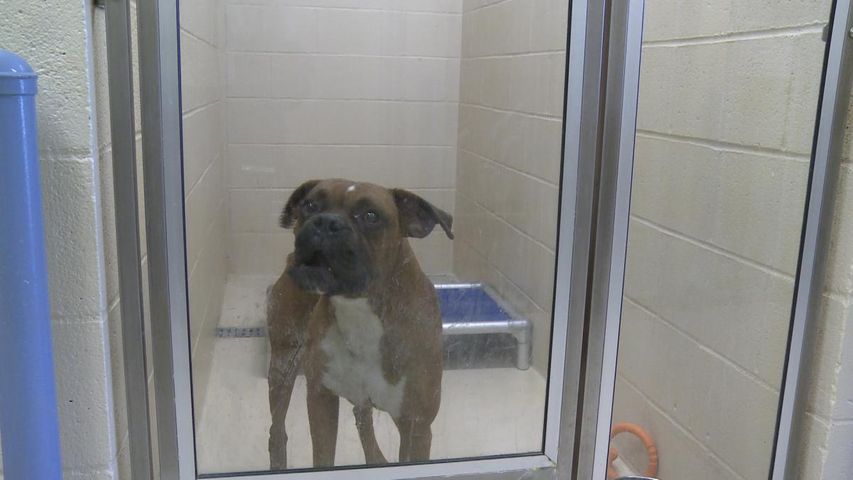 COLUMBIA - The Columbia/Boone County Animal Control Unit is a team of six officers who answer calls throughout the city and county 24 hours a day for seven days a week.

The handful of officers can respond to between 7,000 and 8,000 calls a year, ranging from animal abuse cases, to dead body removal, to animal bites. And while the unit's director, Molly Aust, said her department receives comparable funding to others of similar size, she also said there is always a need for more funding.

"We're cramped for space," Aust said. "And the humane society is who we have a contract with to house our animals. And the same goes for them. They are short of space and their bulding is older."

The unit does not board the animals it finds.  Instead, it has a contract to rent 30 cages at the Central Missouri Humane Society.

"It would be ideal if we had a place to put our animals in our facility," said Animal Control Officer Brandon Anderson. "Instead of having to travel to the humane society, it would just make it a bit easier."

Anderson and Aust are also concerned with their equipment, much of which is worn.

"Some of the items we have are older," Anderson said. "They've been around longer than I have."

The unit recently got new snake tongs and catch poles with releasable rope. But many of the cages and traps are old and rusty. When called to catch a bat in a home, the team doesn't use the most state of the art equipment.

"We use old coffee cans," Aust said. "We put a damp paper towel in their and poke holes in the lid. They work well but obviously they aren't the best out there."

The Animal Control unit is searching for a seventh officer so the current officers can have more time off.

"With more money, I would love to see more officers hired," Anderson said. "Right now, as it is, I work five days and every fourth weekend.  If the two officers on call for the weekend want vacation for some reason, they both won't be able to take it because we don't have enough people."

Anderson says the team is as effective as possible given its circumstances.

"People don't normally call our department until they need us," Anderson said. "And when they need us and we can't respond right away they get upset. And it's because we were busy doing other calls. You know, we've got five people on the road at once and they call. And there could be three or four calls until their complaint comes in."

Aust said one of the biggest issues complicating the team's situation is a lack of public education about pet population control.

"With more money, we could educate the city and go to schools teaching students why it's important to spay and neuter your pets." Aust said.

Anderson said good education about animals and their habitats and their lifestyles could prevent a lot of the problems, such as over-population and animal abuse. "A lot of our offenders are a generational thing. They see mom and dad doing it so they do it also."

The unit can help animal owners find cheaper options to spay and neuter pets. The office has somebody on call for 24 hours each day.