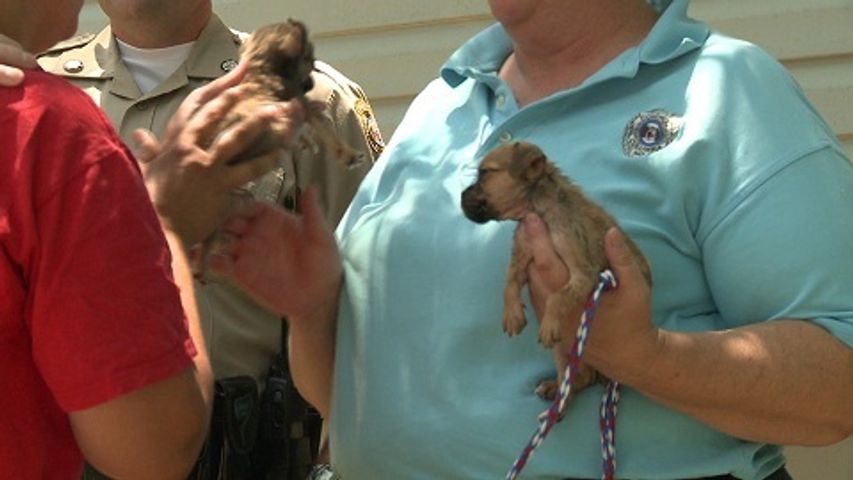 Mike Perkins of Boone County Sheriff's Department says, "[Animal Control] received some information that the animals may have been neglected or abused inside the home."

One of the residents, Bill Turner says this is absolutely false.

"Animal control had told me there had been an accusation of a puppy mill being run and they wanted to see what dogs had tags and which dogs didn't," he said.

Turner says his girlfriend, a mute diagnosed with seizures, was training three therapy dogs to understand sign language. He also alluded to a previous run-in with Animal Control 20 years ago when he adopted a horse that later died.

The couple will meet in municipal court on July 16th. Boone County Animal Control said the investigation is ongoing.