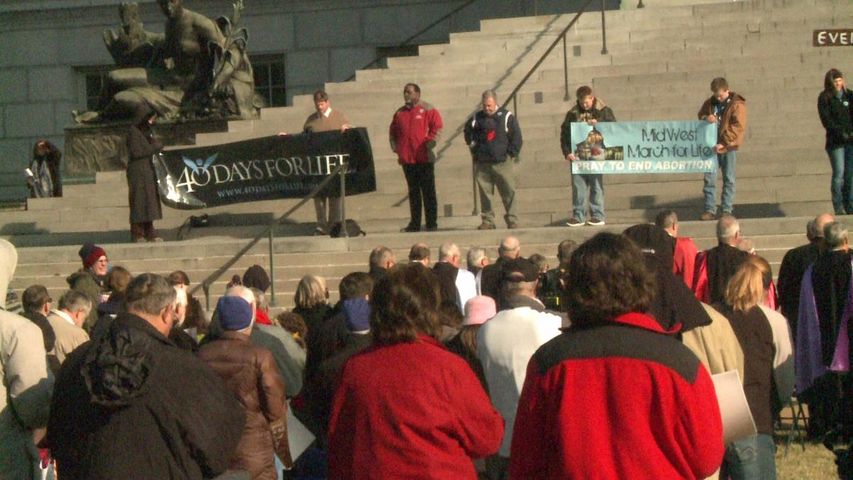 JEFFERSON CITY - Marchers walked from the governor's mansion to the state capitol to protest abortion Thursday.

The event, Midwest March For Life, began Wednesday with a banquet and concluded Thursday morning with a rally.

Marchers said they were walking for unborn children in order to raise awareness about pro-life beliefs. They hope to eventually overturn the supreme court decision, Roe v. Wade, which gives women the right to have an abortion.

Former presidential candidate, Dr. Alan Keyes, spoke about the role of government, religion and abortion. He said he has confidence that abortion will eventually be abolished.

While people at the capitol protested the right to have an abortion, others in Kansas City and St. Louis are preparing to celebrate the 29th anniversary of Roe v. Wade on Friday.

Executive Director of NARAL Pro Choice Missouri, Pamela Samners, said, "These events hosted in Kasnsas City and St. Louis are positive pro-choice community events to come together and celebrate women's right to have an abortion."