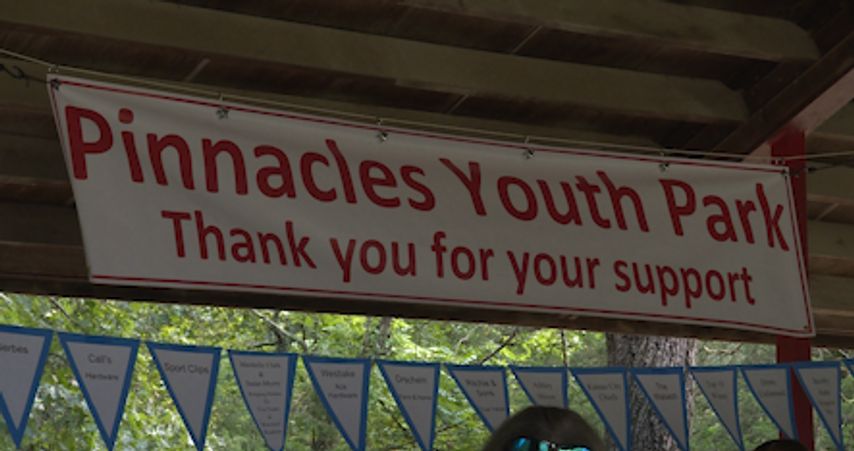 STURGEON - Dozens of people from across mid-Missouri showed up for the 2nd Annual Hog Roast Fundraiser Sunday afternoon at The Pinnacles Youth Park. The fundraiser brought people and donations from across the state.

Phillip Burk, youth board president, said the money donated will go toward improvements park staff have wanted but couldn't previously afford. Burk said last year, the fundraiser raised over $3,000 and he hopes to exceed that amount this year.

"This money will go to supporting the park, more infrastructure and we are trying to raise money to replace the care tenant's trailer, "Burk said. "We are also looking at doing some structural work with some of our shelters. The shelters have been in place for the last 30 years, so we are really in need of some structural support on those."

Fundraising Coordinator Eric Brewer said the amount of support he has seen from the community is overwhelming.

"We want to keep this place going as long as we can," Brewer said. "It takes a lot of love and support, and we live in a great community."

Brewer said the park is not state funded.

"There has been times where we wanted to do things, but we couldn't just because the money wasn't there," Brewer said.

Sunday's event included a silent auction. Attendees could bid on a variety of items, including  a signed picture from Patrick Mahomes, which was donated by the Kansas City Chiefs.