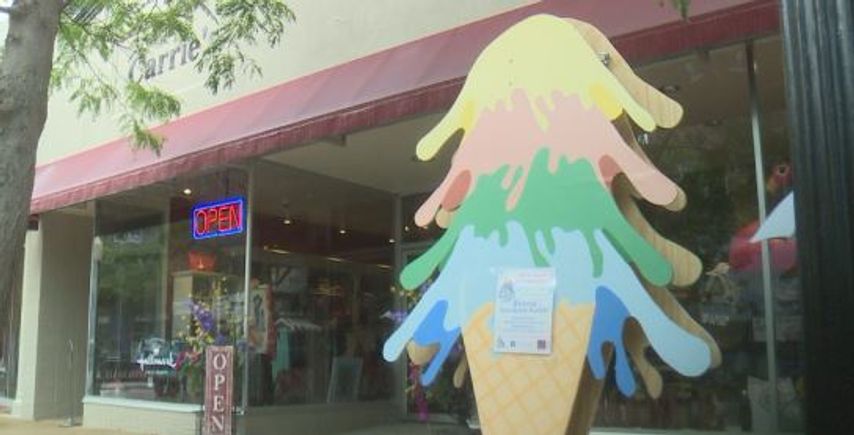 JEFFERSON CITY -  The Cultural Arts Foundation of Jefferson City is hoping to cool locals down for a good cause.

The third annual Ice Cream Splash will be held on Friday. All proceeds will go toward a splash park the foundation plans to open in the summer of 2018.

Lucia Erikson-Kincheloe, chair of the foundation, said they expect to meet the $60,000 goal they set for the park.

"We’re probably about, at the 44-50 range at this point," she said. "With some more sponsorships coming in and then we hope to exceed our goal of 60 thousand with the Ice Cream Splash coming on."

Erikson-Kincheloe said the foundation has wanted to make this project happen for a while.

"This is a dream that the foundation has had for a long time," she said. "To offer a venue to families in town that will be culturally enriching, to bring all kinds of people together, it will be free to the public and also just add to the livability of that particular area."

Erikson-Kincheloe said the park would be located at the corner of Lafayette and Dunklin street in the existing Community Park across from the Lincoln University tennis courts. The foundation and the Jefferson City Parks and Recreation Department are teaming up for the project. They also received a grant from the Missouri Department of Natural Resources. It would have amenities such as a new playground, a pavilion, bathrooms, and new parking space.

The foundation designed the event three years ago to help fund the project. Erikson-Kincheloe said the community was hesitant to the idea of the park at first.

"Well at first it was like 'Well, we’ll believe it when we see it.' We’re a small community where things move, sometimes, slowly," she said. "But as the momentum has picked up, and more players have jumped on, more stake holders, and it’s become a reality that we will have one."

Natalie Newville, the marketing chair for the event, said despite the difficulty of planning the event, it pays off in the end.

"When you’re there that night and you see all the kids running around having a great time, it’s just so much fun and raising money for such a good cause," she said. "Most of the people that are on the committee are moms and most of us have toddlers and so we’re really excited to see a splash park come to Jefferson City."

Erikson-Kincheloe said none of this would have happened if it weren't for the locals.

"Without the people in Jefferson City stepping up and saying 'We want this Splash park,' it would never have happened," she said. "We are thrilled with the outreaching of funds and volunteer-ism and participation in our annual Ice Cream Splash event so thank you community of Jefferson City."

The event will be located on High Street in front of the Capital and starts at 6 and end at 9 p.m. Tickets for adults, 12 and up, and children are $10 and $5 respectively during the early bird special before noon on Friday. If you wait until the door, tickets are $2 more.